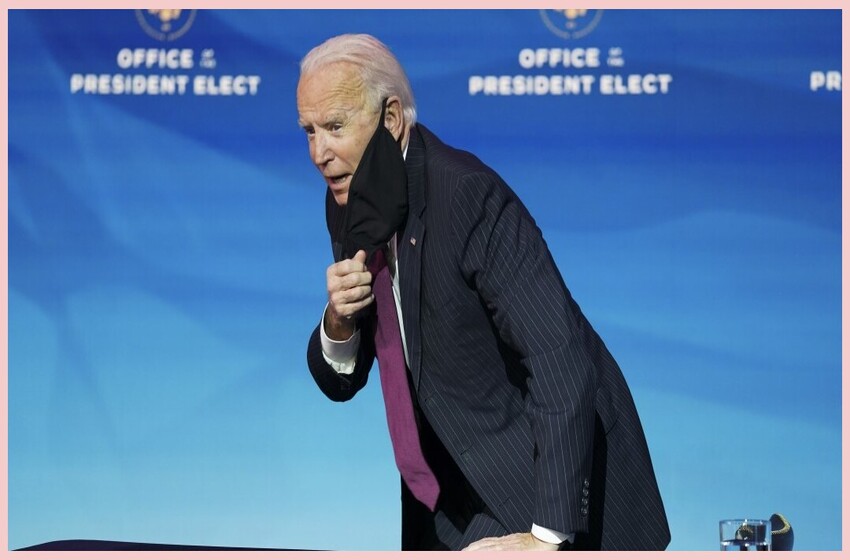 by Becket Adams 7 minutes ago

President-elect Joe Biden claims now is the “time to turn the page, to unite, to heal.”

Someone should tell his staff.

In the interview, Dillon waxes poetic on her professional career, her life as a mother, and what it will take for the incoming Biden administration to enact its agenda.

Dillon fully expects that she and her superiors will be victorious in achieving their goals, those “f—ers” in the GOP notwithstanding.

“Like Joe Biden says all the time, ‘Great leadership starts with listening,’” Dillon tells Glamour. “It’s challenging for us to do that right now, because of how polarized we are. But politics breaks down to one-on-one conversations and not being afraid to talk. I get that you’re not supposed to talk politics at the holiday dinner. Well, f— that. It’s because we don’t do that that we are in this situation now.”

She adds, “I also think, as in love, compromise is a good thing. The atmosphere in the world now is like, ‘Oh, if you compromise, you don’t believe in something.’ No, it’s: I believe in it so much that I’m going to work to find a path we can both go down together. That feels to me like the heart of relationships and love and success across the board.”

Dillon’s interviewer then asks whether what is missing right now is that “redefining of compromise.”

“Yes, exactly,” responds the Biden staffer. “And frankly, that’s what we need. The president-elect was able to connect with people over this sense of unity. In the primary, people would mock him, like, ‘You think you can work with Republicans?’”

Dillon adds, “I’m not saying they’re not a bunch of f—ers. Mitch McConnell is terrible. But this sense that you couldn’t wish for that, you couldn’t wish for this bipartisan ideal? He rejected that. From start to finish, he set out with this idea that unity was possible, that together we are stronger, that we, as a country, need healing, and our politics needs that too.”

Humorously enough, she then goes on to say later that “you can’t do politics alone.”

“If the other person is not willing to do the work, then that becomes really hard,” says Dillon. “But I think, more than not, people want to see impact. They want to see us moving in a path forward. They want to do their work, get paid a fair share, have time for themselves and their family, and see each other as neighbors.”

She adds, “And this overhang of this negative, polarized electorate that politics has created is the thing that I think we can break down.”

Here’s an idea: As far as finding common ground and lowering the temperature are concerned, maybe don’t publicly refer to members of the opposition party as “f—ers” and “terrible.” Certainly, don’t do that in your capacity as the incoming White House deputy chief of staff. And certainly, don’t do that before Biden is even sworn in as president. There’s no sense in poisoning the well. You will only make your boss’s job more difficult, especially if Republicans hold on to the U.S. Senate next year.