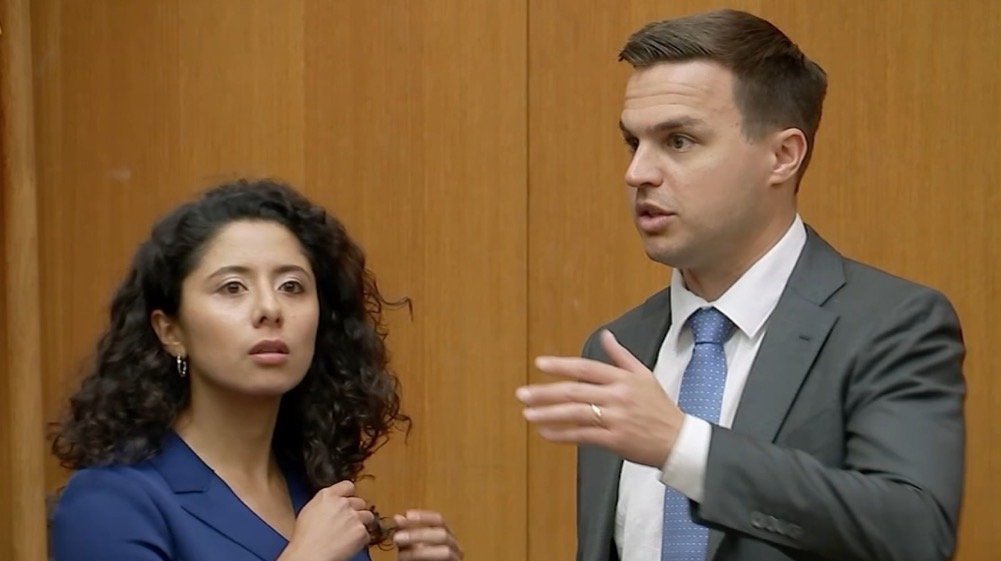 Judge Lina Hidalgo with her Chief of Staff Alex Triantaphyllis

As previously reported, three of far-left Harris County, Texas Judge Lina Hidalgo’s staffers were indicted last month after prosecutors expanded the investigation into an $11 million ‘vaccine outreach contract’ awarded to one of the judge’s political cronies.

While Hidalgo was threatening to jail and fine people for violating her Covid rules, she was secretly trying to award one of her political cronies an $11 million ‘vaccine outreach’ contract.

Hidalgo ultimately panicked and canceled the $11 million vaccine contract after questions were raised that it was with a one-person firm with no experience.

Prosecutors are now alleging Hidalgo’s indicted Chief of Staff, Alex Triantaphyllis, violated one of four bond conditions just one day after a court hearing on April 12.

According to ABC 13, Alex Triantaphyllis steered a $48 million contract to a small, Houston-based firm.

Alex Triantaphyllis is one of the three Harris County staffers accused of steering a multi-million dollar contract to a small, Houston-based firm.

One of those conditions set at a hearing on April 12, included that he “not serve on any procurement or contract evaluation committees or in any similar role during the pendency of this case,” according to the May 4 filing, which was made public on Wednesday.

The next day, he “represented the Office of Harris County Judge Lina Hidalgo on the American Rescue Plan Act Steering Committee Teams meeting, and voted to approve the procurement guidelines and scope of work for the Child Care Capacity: Contracted Slots RFP.”

A source familiar with the meeting told 13 Investigates, that during the one-hour meeting, a five-person committee discussed an approximately $48 million program aimed at expanding free childcare for Harris County residents by renting out space in existing childcare facilities.

Triantaphyllis was among the five committee members who voted on April 13 to approve the scope of work for the project and the methods by which it would be scored, which uses COVID-19 recovery funds.