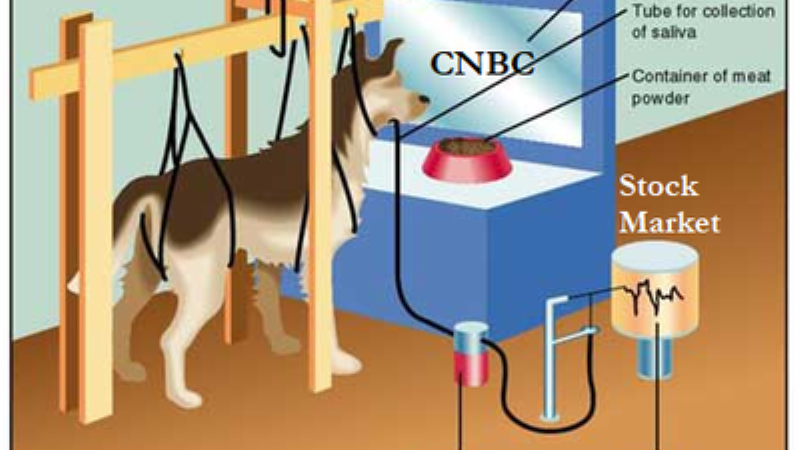 Perhaps more than anything else, the one question that is going to determine whether or not people make money in the market in the second half of this year is whether or not bad news is once again good news. So, let’s discuss the setup: what the macro picture looks like to me, and what I see as possible outcomes going forward.

Heading into the inflationary crisis that we are in, back on December 17, 2021, I wrote an article talking about why the “bad news” of inflation was simply just bad news. In other words, it couldn’t once again be a prompt for the Fed to swoop in and save markets, as they have done over the last several decades. In that article, I called the taper a non-sugar coated directional negative for markets.

The day prior, CNBC led with the headline:

My article ridiculed market participants, analysts and financial media for suggesting that inflation wasn’t going be a problem and that winding down asset purchases was somehow going to magically propel stocks higher.

Since then, inflation has spiked out of control. Sadly, the only piece of “good news” we have gotten recently is that CPI blew through the roof last month with a 9.1% YOY print – a number so high and so inconceivable that I felt forced to postulate that we may have seen the peak.

That prediction is not to say that inflation is over, but rather that comps are going to get “easier” (which is what happens when you have a year of nosebleed growth and you’re comparing year-over-year). Drawdowns in some commodities over the past month should help, acting as temporary headwinds.

Zero Hedge readers can get 70% off a subscription to QTR’s Fringe Finance, for life, by using this link: GIVE ME 70% OFF!

The saying “bad news is good news”, of course, comes from the fact that shitty macroeconomic news often prompts central bankers, Pavlovian-style, to start or accelerate quantitative easing and other easy money policies.

This, in turn, usually boosts the stock market regardless of actual underlying economic activity.

This was essentially how we got the freakishly indecent and obscene rally off the March 2020 pandemic lows.

Over the last week, it has become clear that the market seems to think that the Fed raising by 75bps and GDP confirming that we are in a recession, as expected, are both bullish pieces of news. This is what has sparked the rally in both equities and precious metals over the last couple of days, as I predicted would happen in my July 2022 portfolio update:

I think it’s likely the 9.1% print is the peak, for a little while at least, based on current spot prices. Used cars are down, new cars are down, home prices are starting to come down as more inventory comes on the market, oil has sold off over the last 2 weeks, etc. This doesn’t mean inflation is over, not does it mean stocks won’t still move lower in the longer term once the effect of rate hikes put into place in 1H 2022 finally surface in credit markets, but it means we could be at a lull for the time being (1-2 quarters).

I think equities are going to rally on this sentiment (the fact that stocks didn’t crash spectacularly in the last 48 hours on that 9.1% print says something to me). The market is forward looking and the inflation numbers are backward looking, as much as I absolutely hate to admit it.

The key questions from here become:

There’s certainly seems to be a growing case for allowing inflation to just take hold and run rampant. For example, Bernstein said on Thursday that a “policy pivot” from the Fed would be “completely appropriate”.

Those comments were echoed by Senator Elizabeth Warren, who was busy lobbing grenades at Fed Chair Powell via Twitter.

But inflation, even if it comes down from 9% and starts to subside on a year-over-year basis heading into 2023, is still going to be elevated no matter what direction we go in.

The objective idea of a successful soft landing by the Fed, as defined by a sane person looking from the outside in, would be for real rates to once again go positive and for inflation to head back down to the Fed’s arbitrary, totally dumbass, 2% “target”.

What I’m predicting is far more likely, however, is that inflation backs off only slightly, real rates stay negative and the Fed declares success heading into the second half of the year anyways, beginning to ease its hawkish posture.

In other words, for now, it looks as though between letting inflation run rampant and crashing the economy, I’m leaning more towards the Fed allowing inflation to run rampant going forward. The Fed will have the perfect excuse to do it as CPI moves lower, maybe to 7% or 6%.

It will in no way be a “win” in the war against inflation, but that won’t prevent the Fed from conjuring up a word salad of bullshit talking points to make the everyday American believe that it is. Simultaneously, and likely most important to the FOMC, it’ll get the Central Bank out from the crosshairs of politicians.

And so, as I’ve said, forecasting which way the scales are going to tip is going to be key to navigating markets over the next year. While I am not claiming that the Fed is going to take the inflationary course of action as a certainty, I wanted to lay out my thoughts in terms of how I would position in either scenario.

If the Fed does decide to declare victory and let inflation run, despite real rates being negative, I definitely want to stay long gold and silver, as well as risk assets like cash flow generative tech companies that have been beaten down significantly over the last 8 to 10 months.

If the Fed decides to hold course and continue defiling the corpse of the economy through planned rate hikes, I would hedge a bit more by selecting my favorite cash burning tech ShitCo “story stocks” (i.e. they don’t generate cash, so they survive just off hope and narrative – like the Treasury). I’d also focus more on buying dividend paying value stocks and staples that I’ve already pointed out as they plunge.

Additionally, there are a few names that I’ve outlined in my most recent portfolio update that I want to own, no matter what. A conversation with my FinTwit friend @FredMcFeely days ago reminded me of one sector I have been bullish on for a year now: Aerospace and Defense. While I’ve often talked about Lockheed LMT 1.63%↑ and Maxar MAXR 3.49%↑, both of which I own, other names in this sector include RTX 0.40%↑, LDOS 1.99%↑, NOC 3.66%↑ and GD 0.99%↑ , as well as small caps like RADA -0.20%↓.

Along the same lines, I continue to absolutely love cybersecurity names like IHAK -0.27%↓ and PANW 0.67%↑. While there isn’t as much deep value in cybersecurity, there are still marquee names like Palo Alto Networks that I think, despite their growth profile, will still be in great demand going forward. The next major geopolitical conflict will be fought not only in person, but also online.

And for better or for worse, it still feels like we’re tiptoeing around World War III.

I’d love to be able to tell you that I know exactly what the Fed is going to do, but we are at an unprecedented crossroads, for which there is no historical precedent.

We have never had so much outstanding gross federal debt relative to GDP and our Fed has never faced this type of inflationary crisis before.

We don’t have the luxury of moving rates like Paul Volcker did. In fact, we haven’t even felt the brunt of the last several rate hikes in my opinion, the aftershocks of which will likely take another couple months to make their way through the financial system.

Put it this way: if the market crashes again, like it did around Christmas in 2018, I won’t be surprised. The key question is: what will the Fed do when this happens?

Rather than try to guess the outcome of this unprecedented situation, the only thing that I can do is try to accurately frame what I believe the problem and the potential outcomes to be. For now, it seems the likelihood of going inflationary crisis instead of recession is at about 60% to 40%.

I’ll try to keep my readers updated on my thoughts on this as they change, but be aware that, like anything else, I am just a lagging indicator to how the Fed decides that they randomly want to posture themselves this week. Treasury Secretary Janet Yellen is out there telling people that the recession is transitory, the White House and economists are lying to people and telling them that this week’s GDP print doesn’t mean that we are in a recession and President Biden is blaming inflation on Vladimir Putin.

Let’s be honest: you absolutely can’t fucking reason with these people and they exist in such a distorted field of twisted reality that trying to predict their next move, and then how the market will respond to it, is like trying to figure out what a drunk crackhead at stumbling around at the Market-Frankford subway station is going to yell out next.

Even in the one-in-a-million chance that you guess it right, it’s still going to be completely incoherent. Welcome to the current state of the market and the economy.