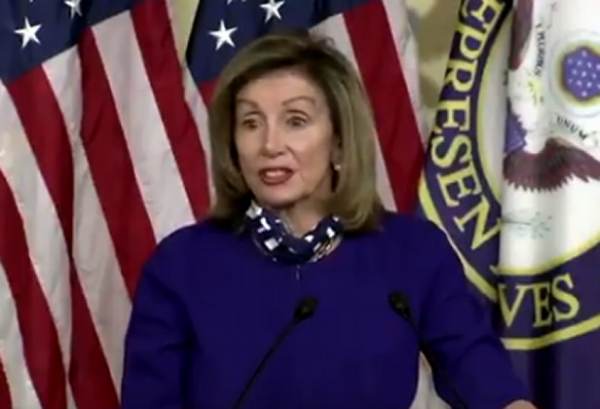 The new rules would also change “seamen” to “seafarers,” “chairman” to “chair” and “submit his or her resignation” to “resigns.”

The proposal was announced by Democratic Massachusetts Rep. James McGovern, chairman of the Rules Committee, and Nancy Pelosi.

“Thanks to the leadership of Chairman McGovern and our Members, Democrats have crafted a package of unprecedented, bold reforms, which will make the House more accountable, transparent and effective in our work to meet the needs of the American people,” Pelosi said in a statement.

According to the Democrat rules for “gender inclusive language,” their plan “modernizes the use of pronouns, family relationship terminology, and other references to gender in order to be inclusive of all Members, Delegates, Resident Commissioners, employees of the House, and their families — including those who are nonbinary.”

The Daily Caller notes that references to fathers, mothers, fathers, sons, daughters, brothers, sisters, husbands, wives and in-laws would be changed to “parent, child, sibling, spouse, or parent-in-law,” according to the resolution. Extended family members would be referred to as “child’s parent” instead of aunt or uncle, stepparents, and siblings-in-law.