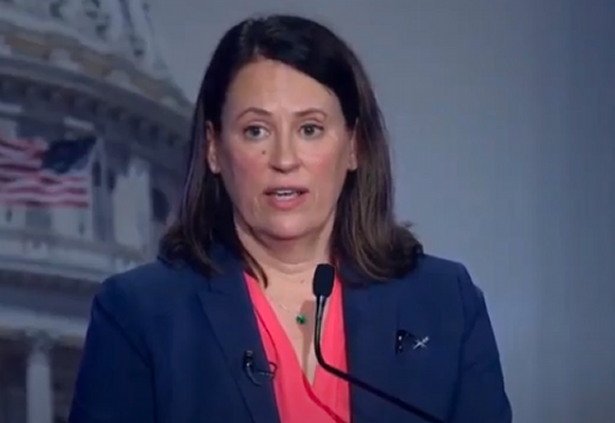 Theresa Greenfield is a Democrat who is running for the United States Senate in Iowa.

During a recent debate, she was asked a direct question about illegal border crossings.

Instead of providing a direct answer, she deflected by going on and on about how our immigration system is broken.

Asked by Iowa Press host David Yepsen if it should be “illegal to cross the border without documentation,” Greenfield failed to offer a stance, saying, “We need to address issues like that.”

“But anything specific about this particular question on coming into the U.S. without proper paperwork?” Yepsen asked.

Greenfield has previously faced criticism for being vague on policy. She failed to outline positions on her campaign website until February—more than nine months after announcing her candidacy in June—according to the Internet Archive’s Wayback Machine.

There are other people vying for the Democratic nomination but Greenfield is polling well.

If she is the nominee, she’ll be running against Republican Joni Ernst.

This clip will come back to haunt her.