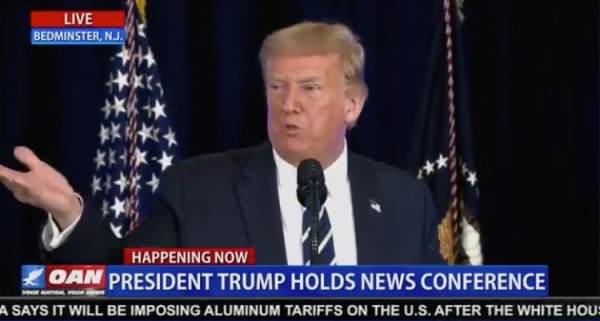 Lefty reporters were triggered because guests at Trump’s club gathered in a ballroom to watch his presser.

The guests were drinking alcohol and some were not wearing masks (gasp).

A reporter pointed out to President Trump that there are “dozens of people” in the ballroom who aren’t following social distancing guidelines.

REPORTER: “Just in this room, you have dozens of people who are not following the guidelines…”