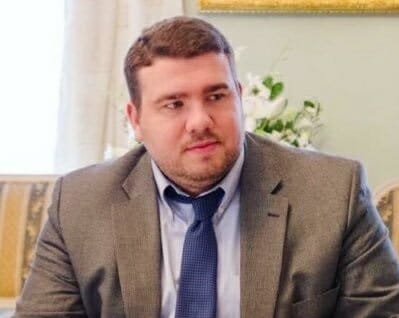 In 2015 and 2016 Andrii Telizhenko worked as a political officer in the Ukrainian Embassy in Washington DC.

Andrii Telizhenko spoke to The Gateway Pundit about the DNC-Russia collusion scandal back in December 2018.

The Gateway Pundit was the first publication to interview Telizhenko on his meetings with DNC operative Alexandra Chalupa in the Obama White House back in 2016.

In early 2016 Telizhenko was approached by DNC operative Alexandra Chalupa. She is still working at the DNC. She wanted dirt on Trump and his campaign manager Paul Manafort.

Mueller had no intention in hearing Andrii’s story. It didn’t fit his narrative so dirty Robert Mueller and his team of Democrat lawyers skipped Andrii in their investigation.

It was a total scam.

Mueller and his angry Democrat lawyers were not interested in the truth.

They only wanted to destroy Trump.

He believes he is safe as long as he speaks out.

“The Treasury Department today identified additional foreign nationals involved in a larger conspiracy to influence the 2020 presidential election. The decision to impose sanctions on Andriy Telizhenko for his role in these efforts is welcome and long overdue. By imposing sanctions on Telizhenko, the Trump administration confirms that Senate Republicans’ year-long investigation was based on Russian disinformation. In fact, Chairmen Johnson and Grassley cited Mr. Telizhenko 42 times in the letters sent as part of this investigation, and ignored repeated warnings to not give credibility to disinformation. Chairman Johnson and his staff even met with Mr. Telizhenko for hours in person. The Senate was used to give credibility to foreign disinformation for the sole purpose of boosting Donald Trump’s campaign, and that can’t happen again.”

Andrii Telizhenko released this statement to The Gateway Pundit.

The US treasury sanctioned me yesterday stating that I am connected to Russia and that I organized a meeting with Derkach and Americans and Giuliani which is all a total lie.