After his appearance on Hannity James gave a 10 minute warning on his latest release.

We are about to drop the voter fraud MOAB. We have obtained a video of a ballot harvester exchanging cash for General Election ballots.

This is the smoking gun… #CashForBallotspic.twitter.com/So2YVxSfJv 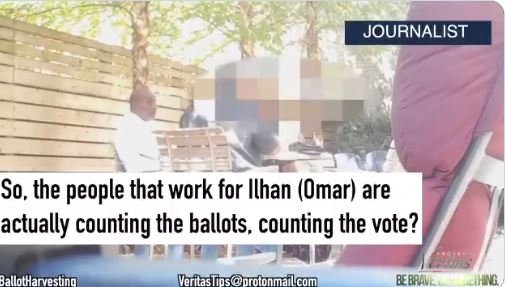 The Project Veritas investigation exposed the pay-for-vote scheme in Minnesota. According to those involved in the scandal Ilhan Omar is the one who came up with the voter fraud scheme.

BREAKING: Omar Connected Harvester SEEN Exchanging $200 for General Election Ballot.”We don’t care illegal.”…”We are taking the money and we’ll vote for you” “@IlhanMN is the one who came up with all this”#CashForBallotspic.twitter.com/mCoCn3ryVK

Here is the full video from Project Veritas.