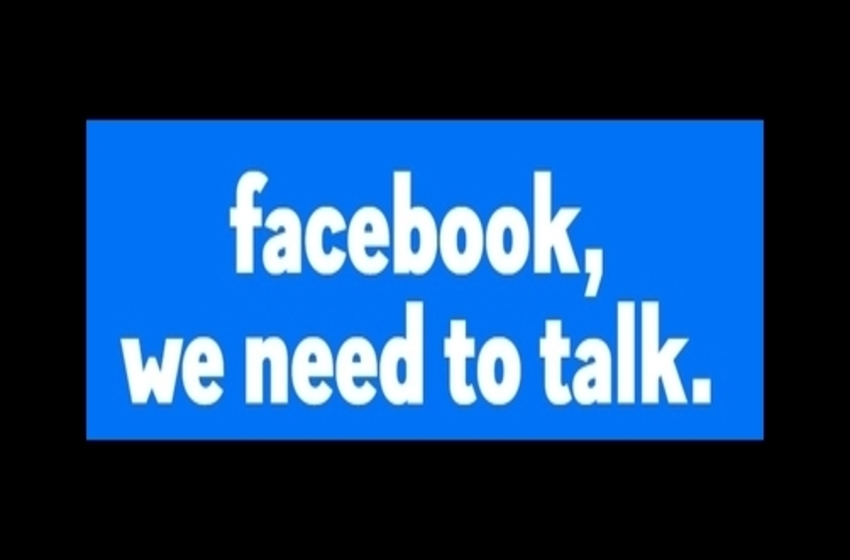 The group Jewish Voice for Peace (JVP) claims to oppose bigotry and to support security and self-determination for both Israelis and Palestinians. But a new campaign JVP has joined aims to block rumored plans by Facebook to add the term “Zionism” to its hate speech policies. Zionism is the belief in Jewish self-determination in their ancestral homeland: In other words, supporting Israel’s right to exist.

“@Facebook is considering whether to treat ‘Zionist’ as proxy for ‘Jew’ in its hate speech policy,” JVP tweeted last week during a Twitter town hall. “This would make ‘Zionist’ a de facto protected category, letting FB shut down critical conversations about Zionists under the guise of fighting antisemitism.”

“If @Facebook restricts use of the word ‘Zionist’ on its platforms, already severe censorship will grow,” the anti-Semitic BDS Movement also wrote during the Twitter town hall. “Palestinians will be blocked from describing our daily lives under Israeli apartheid, and our family histories of dispossession and military occupation.”

An anonymous Facebook employee sent out an email detailing how the social media company should moderate anti-Semitism on its platform, technology news website The Verge reported in November. A Facebook spokesperson told The Verge that the term Zionist is removed from its platform if and when it is used as a proxy for anti-Semitism.

“We are looking at the question of how we should interpret attacks on ‘Zionists’ to determine whether the term is used as a proxy for attacking Jewish or Israeli people,” the Facebook employee wrote. “The term brings with it much history and various meanings, and we are looking to increase our understanding of how it is used by people on our platform.”

JVP joined the campaign opposing the policy, “Facebook, We Need to Talk.” It has received support from nearly 52,000 people. It claims that the social media giant may decide on a policy this month. JVP will be on board to virtually deliver the petition to Facebook during a webinar this week.

There are plenty of examples in which the term Zionist has been used as a slur against pro-Israel Jews.

In December, the Students for Justice in Palestine (SJP) at the University of Illinois, Urbana Champaign posted a meme on Facebook-owned Instagram instructing students to “start Zionist shaming.” The image showed a young man burying his face in his arms, surrounded by terms including, “racist!”, “colonizer!”, and “go back to Brooklyn.” 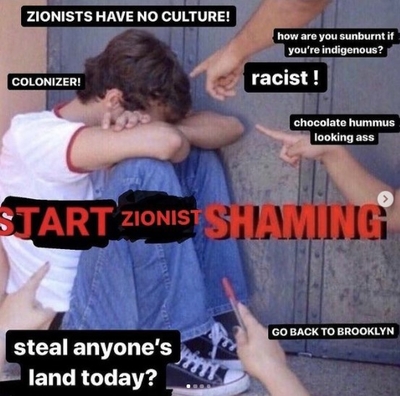 Similarly, the University of Southern California (USC) student government vice president resigned last August after she was pressured and harassed by fellow students who disagreed with her support for Israel. “But because I openly identify as a Jew who supports Israel’s right to exist as a Jewish state—i.e., a Zionist—I was accused by a group of students of being unsuitable as a student governor leader,” Rose Ritch wrote in a Newsweek op-ed. “I was told my support for Israel made me complicit in racism, and that by association, I am a racist. Students launched an aggressive social media campaign to ‘impeach [my] Zionist a**.'”

A coalition of 130 Jewish and pro-Israel groups had called on Facebook to better moderate anti-Semitism after Facebook received harsh backlash over its previous hate speech policy allowing cases of Holocaust denial and anti-Semitism to remain on its platform. The August policy update which embraced elements of the International Holocaust Remembrance Alliance’s (IHRA) working definition of anti-Semitism, significantly moved the platform in that direction.

JVP, meanwhile, has proven to be an unreliable voice when it comes to confronting anti-Semitism.

A JVP anti-Semitism webinar in December featured panelists who had prior bouts of anti-Semitism. The webinar included U.S. Rep. Rashida Tlaib, D-Mich.,Temple University professor Marc Lamont Hill, as well as journalist Peter Beinart and activist Barbara Ransby. Both Tlaib and Ransby have supported convicted terrorist Rasmieh Odeh, who is responsible for the murder of two Israelis in a grocery store bombing. Hill has repeatedly called for a “free Palestine” stretching “from the river to the sea,” a dream that requires Israel’s elimination.

In 2019, after a hateful “F**k Israel” message was found scrawled in the snow on the University of Albany’s campus, JVP’s Albany chapter rejected the notion that anti-Israel or anti-Zionist statements can be anti-Semitic. “We condemn anti-Semitism as an ideology and as actions that are designed to divide people and which have caused enormous harm and devastation,” Jewish Voice for Peace-Albany wrote on Facebook. “Israel is a country. It has a government that makes and implements governmental policies. The Israeli government neither represents nor speaks for all Jews around the world. Criticizing Israel is not an attack on Jews.”

It is not clear what policy is criticized with the phrase “f**k Israel.”

But JVP’s own website is unequivocal. It is not about policy. Rather: “We unequivocally oppose Zionism,” it says.

This is also not JVP’s first campaign delegitimizing Israel.

Last fall, the Investigative Project on Terrorism exposed JVP’s anti-Semitic rhetoric – which it tried to hide – in promoting its “Deadly Exchange” campaign. It is a baseless anti-Semitic smear blaming programs that take American police leaders to Israel for police brutality against black people in the United States.

“Suggesting that Israel is the start or source of American police violence or racism shifts the blame from the United States to Israel,” JVP wrote last June. “…It also furthers an antisemitic ideology. White supremacists look for any opportunity to glorify and advance American anti-Black racism, and any chance to frame Jews as secretly controlling and manipulating the world.”

But that’s exactly what the Deadly Exchange did for nearly three years before issuing that update. According to JVP, the police exchange programs in Israel led to “extrajudicial executions, shoot-to-kill policies, police murders.”

The IPT spoke with exchange organizers and participants, who all agreed their experiences bore no resemblance to JVP’s false and hateful smear.

Others who have signed on with JVP’s Facebook campaign about Zionism have their own anti-Israel and anti-Semitic histories.

Linda Sarsour’s MPower Change signed onto the JVP Facebook campaign. Last summer, her organization backed a “No Zionist” Juneteenth Rally in New York City that claimed to be “open to all, minus cops & zionists [sic].” Sarsour has pushed the “Deadly Exchange” blood libel, falsely claiming that American police traveling to Israel leads to “killing unarmed black people across the country.” She also argues that Zionists cannot be allies or feminists.

JVP’s campaign to push Facebook away from making anti-Zionist rhetoric a part of its hate speech policy is yet another effort to excuse anti-Semitism. It’s also an attempt to mislead the public into believing JVP represents contemporary Jewish thought. But more than 90 percent of Jews worldwide consider themselves Zionists and support Israel’s right to exist as a Jewish state.

JVP instead keeps finding itself aligned with anti-Semites and pushing anti-Semitic messaging.