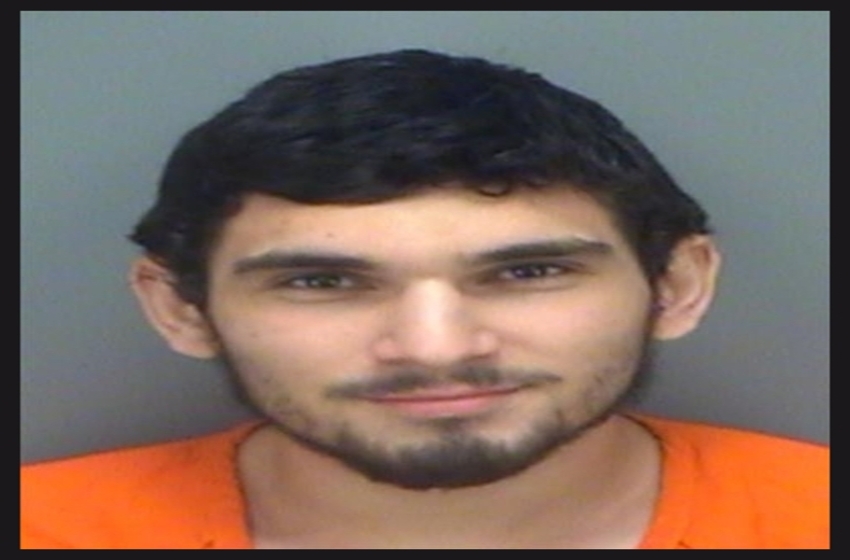 Muhammed Momtaz Al-Azhari allegedly scouted locations and tried to buy guns for an ISIS-inspired terrorist attack thwarted by the FBI.

In December, Saudi Air Force officer Mohammed Saeed Alshamrani shot and killed three U.S. sailors and wounded eight others at Naval Air Station Pensacola in Florida. While al-Qaida’s affiliate in the Arabian Peninsula (AQAP) took credit for the attack, the extent of the group’s involvement remained unresolved for several months as the FBI faced difficulties gaining access to the contents of Alshamrani’s Apple iPhone. However, last month, U.S. officials revealed that al-Qaida operatives had regularly communicated with Alshamrani for years and oversaw the terrorist’s planning process. The shooting marks the first lethal attack in the U.S. directed by an international terrorist group since the September 11 attacks.

Recent plots and new evidence revealed last month show that jihadist groups like al-Qaida and the Islamic State (ISIS) are actively seeking to attack the U.S. homeland. While counterterrorism efforts have increasingly focused on emerging threats, such as right-wing extremism, jihadist terrorism continues to pose a significant threat to U.S. national security.

On May 29, a Florida woman, Alison Marie Sheppard (a.k.a. Aiisha Abdullah), was sentenced to almost six years in prison for attempting to provide material support to ISIS. According to court documents, Sheppard planned to send cellphones to the terrorist organization to use as timers for explosives devices. Since 2016, Sheppard used Facebook and other social media outlets to communicate with jihadist sympathizers and share extremist Islamist propaganda online. Undercover law enforcement helped disrupt the plot after posing as ISIS supporters in communications with Sheppard.

Last week, the Department of Justice charged Muhammed Momtaz Al-Azhari, a 23-year-old U.S. citizen, for similarly attempting to offer tangible support to ISIS and planning an attack on behalf of the terrorist group. According to a criminal complaint, the suspect was inspired to emulate an Islamic State sympathizer who had carried out a mass shooting at an Orlando nightclub which killed 49 people in 2016.

In 2018, Al-Azhari returned to the U.S. following a three-year prison sentence in Saudi Arabia for attempting to join a terrorist organization in Syria. He eventually settled in Tampa Bay – where he was arrested on May 24 after acquiring weapons to be used in an attack. Al-Azhari allegedly scouted potential targets, communicated with Islamic State sympathizers online, and was immersed in the terrorist group’s propaganda.

Islamic State operatives have been known to use the internet and social media outlets to inspire or direct terrorist attacks around the globe, as these latest Florida cases illustrate.

But last year’s attack at the Pensacola naval airbase shows that ISIS is not the only jihadist group planning attacks. Al-Qaida remains an enduring threat to U.S. homeland security.

Last week, a Somali-born naturalized U.S. citizen was indicted for seeking to provide material support to the al-Qaida-affiliated al-Shabab terrorist organization. Liban Haji Mohamed lived in Northern Virginia when he was believed to have traveled to East Africa to join the Somalia-based terrorist organization in 2012. According to the FBI, Mohamed is “a recruiter and radicalizer for al-Shabab” and remains a wanted fugitive. A recent study on U.S. foreign fighters shows that Virginia is one the top three states with the highest proportional rates of recruitment for jihadist organizations.

While foreign sources of terrorism pose a serious concern, the main jihadist threat to the U.S. comes from within. Most perpetrators of such plots in the U.S. are American citizens or residents.

To portray a more accurate picture of jihadist threats, it is important for investigators and researchers to incorporate disrupted terrorist plots into their threat assessments. One report from the National Consortium for the Study of Terrorism and Responses to Terrorism (START) identifies 121 jihadist plots targeting the United States since the 1993 World Trade Center bombing until 2017 – ranging from failed and foiled plots to successful attacks. During this period, terrorist plots and attacks increased significantly after 2010 and then again following the rise of the Islamic State in 2014. Only 15 of these plots were fully carried out as planned.

Evaluating terrorist activity solely based on successful attacks skews our understanding of terrorist threats. According to the START report, 82 percent of U.S. jihadist plots were completely or partially disrupted. Similar to the recent Al-Azhari case, government intervention – either through surveillance or the use of informants – is responsible for preventing most jihadists plots in the U.S. But forewarnings from community or family members also play an important role to trigger counterterrorism investigations. Among all foiled plots, 12 incidents were intercepted in the final stages of the planning process, shortly before a would-be assailant appeared ready to carry out an attack. Reporting foiled plots also showcases effective law enforcement and counterterrorism measures to a concerned public.