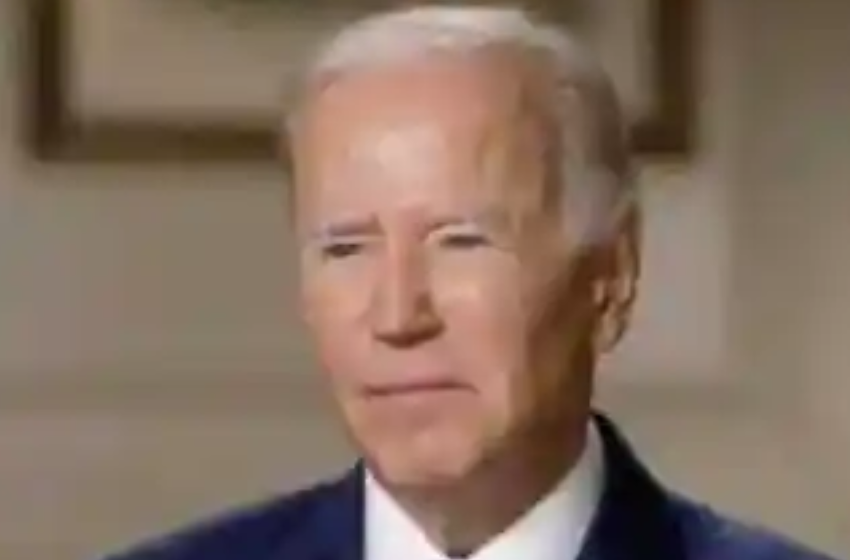 Joe Biden gave CNN hack Jake Tapper an interview on Tuesday, which was surreal, especially after he dropped his flashcards.

Tapper asked Biden about his “nuclear Armageddon” comment that the White House later “clarified.” Biden didn’t mean that, said the White House, adding there was no intel to back it up.

Biden told Tapper he didn’t think that Vladimir Putin would use nukes but that it was irresponsible for Putin to talk about it.

It’s fairly irresponsible for him to talk about Putin’s nuclear Armageddon as the President of the United States if he doesn’t think it will happen.

He added that he was talking to Putin, although the audience was full of Democrat donors. Putin was nowhere to be found.

“Will it have an opposite effect?”, Tapper asked. Of course not, “not at all,” said Biden.

TAPPER: “When people hear the word armageddon, they get scared. Do you think in any way, discussing this type of thing…might have the opposite effect of what you want?”

He was, in fact, talking to Democrat donors. pic.twitter.com/RovnnIc32h

The JP Morgan CEO and El Erian just warned we’re are going off the cliff.

We are already in a recession. Wholesale producer inflation went up far more than expected to 8.5%.

The next chaotic Biden moment is interesting. A trillion, a billion, $750 million, what difference does it make?

Biden brags about passing “a billion a trillion 750 million dollars billion dollars off the sidelines of investment” to fight climate change. pic.twitter.com/0TlMMXuiHX

Tapper picked up Biden’s flashcards after he dropped them, but didn’t notice that Biden, the leader of the free world, couldn’t speak without his notes. Tapper’s not a journalist. He’s a Democrat activist.

At least it’s not a problem because we have Karine Jenn-Pierre and the mainstream media to tell us exactly what he said, what he meant, what he was going to say, and anything else they need to do to cover up for him.

By the way, Biden’s proud of his inflationary bills, which were rewards to donors.

Biden needs those flashcards to utter the simplest talking points of bills he allegedly supported.

Biden dropped his handlers’ flashcards mid-interview— it all went down hill from there.

The clincher is Biden saying he is just so proud of his son amid criminal charges. He possibly committed treason.

Here is Tapper trying to make Biden sound intelligent with a meaningless point.

Jake Tapper: “Do you think Putin is a rational actor? “