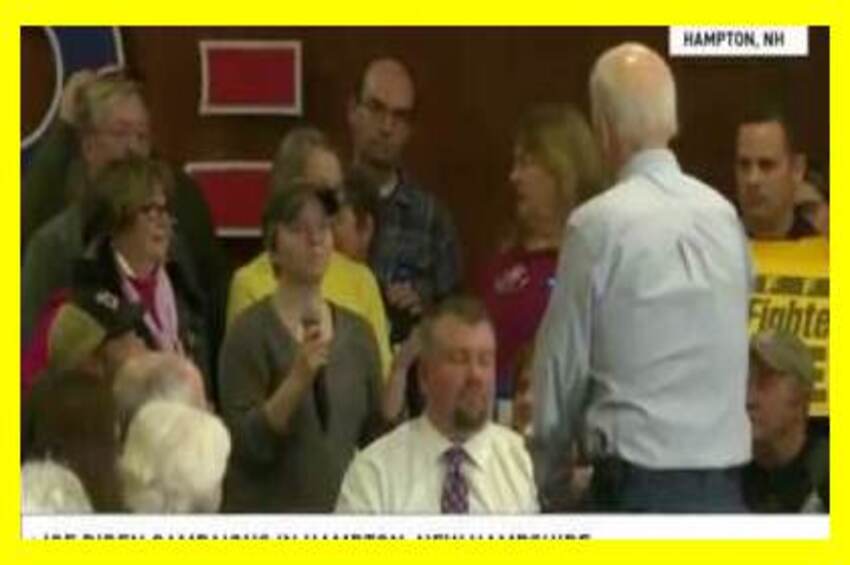 If you thought that Joe Biden couldn’t stoop any lower, or do any worse, he has once again RISEN TO THE OCCASION! In fact, at a campaign stop in New Hamshire on Sunday morning, Joe Biden became angry and agitated when a woman asked him about his poor performance in Iowa last week! His response…ATTACK HER CHARACTER, INTENT, and even LOOKS!

The woman, who is a female econ student asked Joe Biden about his campaign performance, which made him lost his cool and snap, when he asked the young lady if she’s ever been to a caucus before. She responded by saying “yes”, and he then attacked her stating…

No you haven’t. You’re a lying dog-faced pony soldier.”

After a New Hampshire voter asks @JoeBiden why they should trust he can turn his campaign around, he asks if she’s ever been to a caucus before; when she says yes, Biden snaps: “No you haven’t. You’re a lying dog-faced pony soldier.” pic.twitter.com/3uxOAu0Ues

Already, Biden has come under intense scrutiny, after he attacked a woman for asking him about coal plants, when he called her “KID”, and added for her to “SIT DOWN and SHUT UP”!

His attitude towards women certainly won’t help him win any elections, especially by treating women in such a detestable and hate-ridden manner!