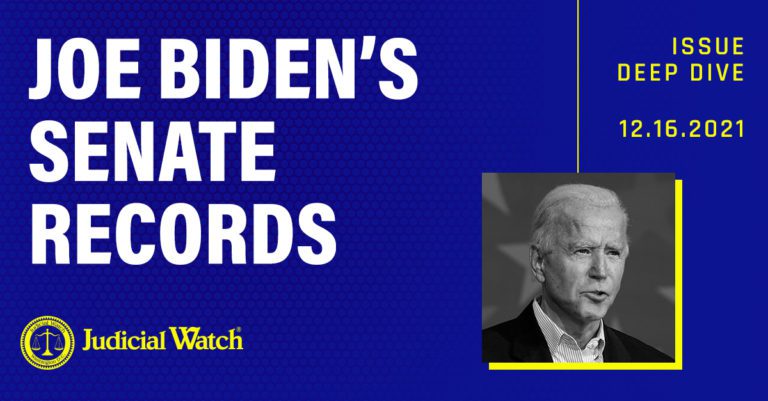 “In the meantime, why won’t President Joe Biden release his Senate records? It’s simple to do. What is he hiding?“

Currently, a private “agreement,” as Fitton has described it, between Joe Biden and the University of Delaware has kept the publicly-funded institution from releasing the records. “Why is there this secret deal between a publicly funded institution and Joe Biden to keep hidden his records from his days in the Senate?” Fitton states. A recent ruling by the Delaware Supreme Court, however, might change that. As Fitton explains:

The court ruled that the state’s open records laws require the university to provide additional information under oath to justify its refusal to produce records about its dealings with Biden.

“Remember, he was in the Senate for nearly 30 years,” Fitton continues. Given his pivotal role on the Senate Judiciary Committee, and his alleged meetings with Vladimir Putin and other foreign leaders, “[it] would be interesting to see what he was doing,” Fitton argues. “The woman who accused him of sexual assault, Tara Reade, … has suggested that complaints she had about him might be in these Senate records.” As the case has highlighted, the University of Delaware has roughly 1800 boxes of archival records from his Senate career.

As Fitton concludes, “this Delaware Supreme Court decision is a remarkable pushback on the University of Delaware’s secret deal with Joe Biden to hide his Senate records.”