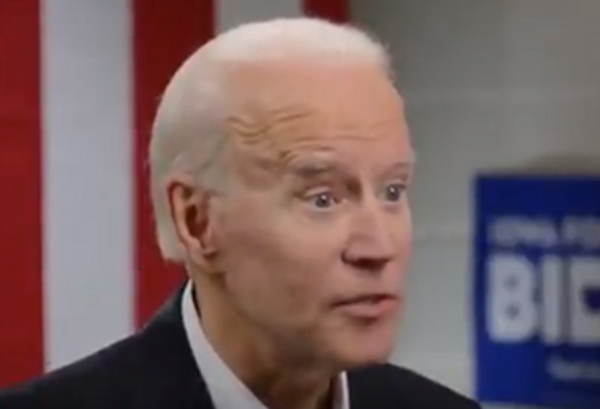 Joe Biden’s team is mulling letting him out of his Delaware basement where he’s been holed up for 6 weeks.

Biden crawled into his Delaware basement in mid-March amid the Coronavirus pandemic to practice ‘social distancing.’

77-year-old Joe Biden has used the Coronavirus panic to try to hide his cognitive decline from the public by limiting his virtual town halls and interviews with the media.

The pervert has also largely escaped scrutiny over sexual assault allegations brought by his former staffer Tara Reade, but that will come to an end once he goes out in public.

Biden’s team is planning on getting him out of his basement by mid-May or later in the month, The Hill reported.

Joe Biden’s campaign is discussing how to get the former vice president out of the basement where he’s been holed up since March because of the coronavirus pandemic.

Biden’s team is taking a baby-steps approach so far, according to sources familiar with the discussions.

But the need to change things up is growing more urgent, especially now that President Trump is signaling he intends to return to the road months ahead of the fall presidential campaign.

The sources said Biden’s campaign is brainstorming ways for Biden to get out in public and be seen in a way that is safe for the 77-year-old candidate and those around him.

One idea for an initial outing that is under discussion is getting the presumptive Democratic presidential nominee into a setting where he could visit with first responders. Other ideas include visiting restaurants that are reopening under social distancing guidelines, or trips to other workplaces where employees have worked throughout the pandemic.

“I think there’s a middle road,” said one source who is familiar with the campaign’s discussions, adding that it’s “about acknowledging the people who have been working through this crisis.”

President Trump has plans to hit the campaign trail and told reporters he may be going to Arizona next week and hopefully Ohio soon.