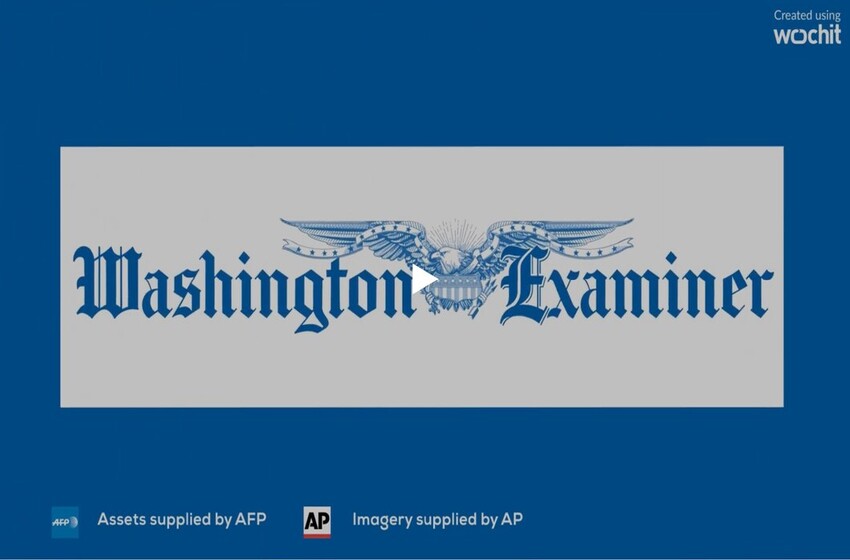 U.S. Attorney John Durham’s review of the Russia investigation is putting increased scrutiny on former CIA Director John Brennan, searching for any undue influence he may have had during 2017’s intelligence community assessment of Russian interference.

Durham, selected by Attorney General William Barr last year to lead this inquiry, drove to Washington, D.C., in March to ensure the investigation stayed on track during the coronavirus outbreak. The top Connecticut federal prosecutor is looking into highly sensitive issues, including whether Brennan took politicized actions to pressure the rest of the intelligence community to match his conclusions about Russian President Vladimir Putin’s motivations, according to sources cited by the Wall Street Journal.

Officials said Durham has been interviewing CIA officials this year, zeroing in on those at the National Intelligence Council, a center within the Office of the Director of National Intelligence which oversaw the collaboration between the CIA, FBI, and National Security Agency in putting together the 2017 assessment, and looking at how the work product was finalized.

The 2017 assessment concluded with “high confidence” that Putin “ordered an influence campaign in 2016” and Russia worked to “undermine public faith” in U.S. democracy, “denigrate” former Secretary of State Hillary Clinton and “harm her electability and potential presidency,” and “developed a clear preference” for Trump. The NSA diverged on one aspect, expressing only “moderate confidence” that Putin actively tried to help Trump win and Clinton lose.

“I wouldn’t call it a discrepancy, I’d call it an honest difference of opinion between three different organizations,” former NSA chief Adm. Mike Rogers told the Senate in 2017. “It didn’t have the same level of sourcing and the same level of multiple sources.”

Durham has interviewed Rogers and is also reportedly reviewing Brennan’s handling of a secret source said to be close to the Kremlin. The prosecutor wants to know what role that person’s information played in the assessment.

Durham is also scrutinizing Brennan in relation to British ex-spy Christopher Steele’s dossier. In particular, the prosecutor is looking for answers on whether it was used in the 2017 assessment, why former FBI Director James Comey and former FBI Deputy Director Andrew McCabe insisted upon it being part of the assessment, how allegations from the dossier ended up in the assessment’s appendix, and whether Brennan misled about the dossier’s use.

“I stand by the integrity of our work, our sources, and what we did,” Steele told Oxford Union students last month.

Sir Andrew Wood, the former British ambassador to Russia, was also contacted by Durham’s team but told them he had nothing to add beyond what he has said publicly. Following Trump’s victory in November 2016, Wood talked to former Republican Sen. John McCain of Arizona at an international security conference about Steele’s dossier. It was after this conversation that McCain sent his associate, David Kramer, to London to retrieve a copy. McCain, who died of brain cancer in August 2018, gave a copy of Steele’s research to Comey, although the bureau had begun receiving Steele’s dossier as early as July 2016.

Wood told the Independent in 2017 that while he knew Steele and believed him to be “very professional,” he had not seen the dossier when he spoke to McCain.

Wood called the Steele dossier “dangerous knowledge” and said that “Russia would like to know where he got his information from — assuming this information is basically true, and he has not just made it up, which I do not believe for a moment.”

Last month, the British diplomat told the Washington Examiner that “I have no reason to change my judgment.”

The Wall Street Journal also said another official claimed the interviews within the top spy office weren’t antagonistic, though the new report did note that a former CIA official has sought legal representation recently.

Durham has also interviewed agents and analysts from the NSA and FBI.

According to the Wall Street Journal, Durham’s inquiries have increased the strain between DOJ investigators and spy officials, with one intelligence official who helped compile the 2017 assessment saying neither Brennan nor anyone else involved interfered politically and the 2004 law reforming the intelligence community worked the way it should.

That bipartisan law implemented reforms suggested by the 9/11 Commission, including the creation of the position of director of national intelligence to increase cooperation between the various intelligence agencies.

Another U.S. official aware of Durham’s actions and with knowledge of the Russian interference report said the 2017 intelligence assessment has stood the test of time.

An investigation by special counsel Robert Mueller concluded Russian military intelligence was responsible for hacking thousands of Democratic emails and providing those stolen records to WikiLeaks, though Mueller did not establish a criminal conspiracy between Trump and the Russians.

The Republican-led Senate Intelligence Committee concluded in 2017 that the assessment on Russian interference was “a sound intelligence product.” The committee found the report “appropriately represents analytic differences and was reached in a professional and transparent manner.”

That committee has released multiple reports since then confirming Russian interference and critiquing the Obama administration’s response.

Rogers, Brennan, and Comey, along with Director of National Intelligence James Clapper, briefed President-elect Trump about their findings at Trump Tower in January 2017. Comey stayed to tell Trump about some of the dossier’s more salacious allegations.