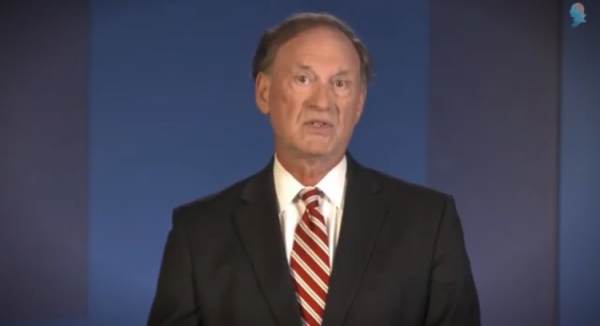 The far-left Washington Post reported this evening on an action by Supreme Court Justice Alito in Pennsylvania.

Justice Samuel A. Alito Jr. on Tuesday put a hold on counting some challenged ballots in Pennsylvania while the Supreme Court continues to review a lower court’s decision that they be tallied.

The administrative stay Alito issued involves a unanimous decision of a three-judge panel of the U.S. Court of Appeals for the 3rd Circuit. It said that mail-in ballots that were received on time but lacked a required date on the outer envelope should be counted. Alito is the justice who receives emergency applications from the 3rd Circuit.

The panel’s decision involved a local judge’s race in Lehigh County. But it is significant because of the too-close-to-call primary for the Republican Senate nomination involving Mehmet Oz and David McCormick. McCormick, who trails Oz by fewer than 1,000 votes, has filed a lawsuit in state court to require that such “undated ballots” be counted.The state’s requirement is that mail-ballot voters “fill out, date and sign” a form declaration on the outer envelope used to return ballots. But the federal judges said not counting the votes of those who did not provide a date violated federal civil rights law because the requirement was immaterial to the voters’ qualifications. There are no indications of fraud, the ballots were received by the state’s deadline and election officials noted they would have counted ballots with the wrong date but not those with no dates at all, the judges said.

“We are at a loss to understand how the date on the outside envelope could be material when incorrect dates — including future dates — are allowable but envelopes where the voter simply did not fill in a date are not,” Judge Theodore McKee wrote. “Surely, the right to vote is made of sterner stuff than that.”

However, on election day President Trump was up in Pennsylvania by nearly a 2 to 1 ratio and 700,000 ballots at one point in time.   Then over the next four days, the state began counting absentee ballots, never once reporting how many ballots were to be counted and at the end of four days they had manufactured enough ballots to steal the election in Pennsylvania for Joe Biden.