All media reporting of this case will be done through the prism of their own cooperation in the perpetration of the fraud. The MSM knew along with everyone else inside and outside of government, that their efforts to create the Trump-Russia conspiracy and collusion narrative were based on fraudulent pretext manufactured by the Clinton campaign. They all knew it. They all acted collaboratively, and they all engaged purposefully.

Michael Sussmann was accused of lying to the FBI about working for Hillary Clinton at the time he took fraudulent information to the FBI about Donald Trump.  A Washington DC jury has found Sussmann NOT GUILTY.

The not guilty verdict simply means the FBI knew, or should have known, Michael Sussmann was delivering the fraudulent Trump-Russia collusion nonsense directly from the Hillary Clinton team.   The FBI claims they didn’t know, the jury by finding Sussmann not guilty, says the FBI did know.

The BIGGER question is, what’s next?

Therefore, I still think Durham stays exclusively focused on the outside actors and ignores all of the corrupt internal DOJ and FBI activity.

The prosecutorial approach by John Durham positioned all of the corruption outside the institutions of government, thereby protecting them.

The bad guys, the corrupt lawbreakers, are the people directly connected to the Clinton Campaign and all of the political and legal agents in/around the Clinton political machine.

As the Durham narrative unfolded, the brave and honorable institutions of government were victims to the horrible, terrible activity by the Clinton outsiders.

Pay no attention to the aligned politics and weaponization of the White House, DOJ, DOJ-NSD, FBI main, FBI-CoIntel, CIA, Senate Intelligence Committee, or memberships therein.  The entire apparatus of the most robust, capable, excellent and diligent intelligence apparatus in the history of all mankind, along with all the oversight mechanisms that exist to support that apparatus, was duped by Hillary Clinton’s team.

Bill Barr was the bondo, John Durham is the spray paint. 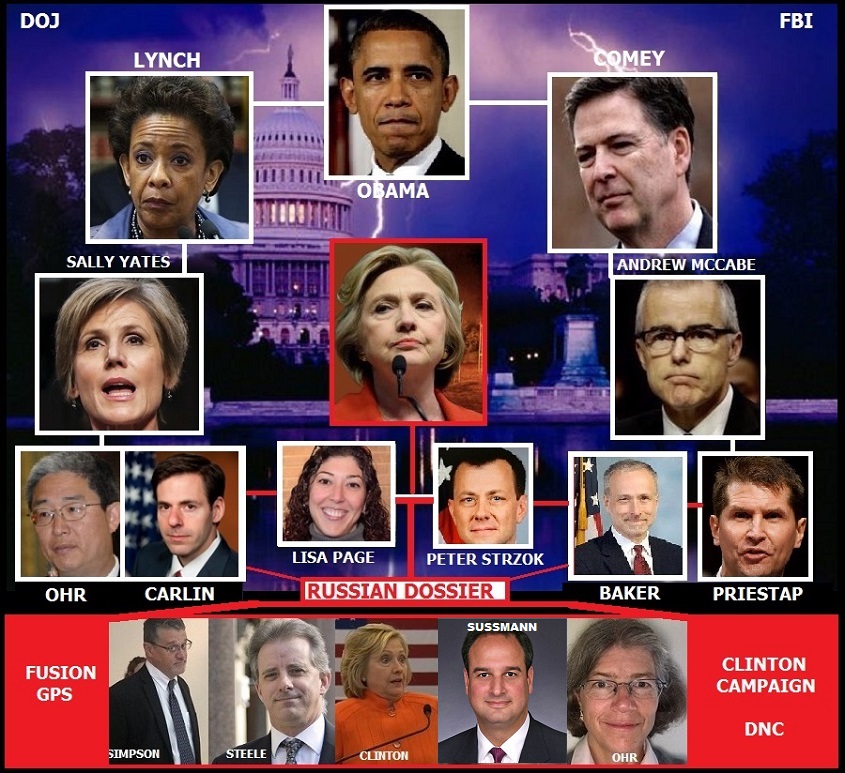