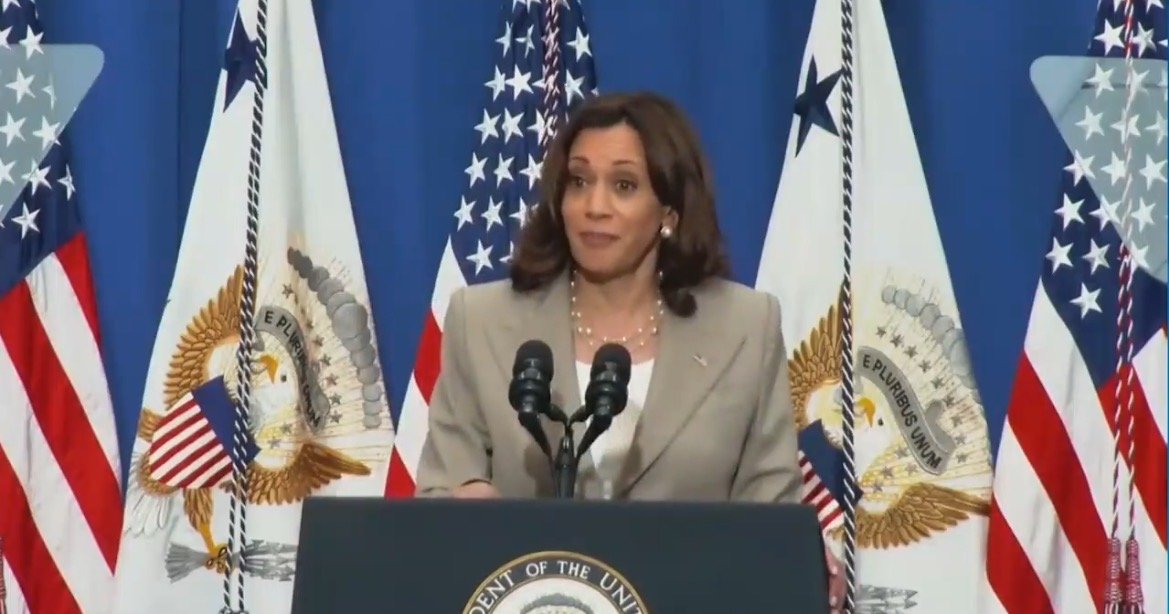 The current Vice President of the United States…

Kamala Harris had some inspiring words for the attendees as she announced a new national initiative for electric school buses.

“Think about it: Yellow school buses are our nation’s largest form of mass transit. How ’bout that? Every day — so, yes, and let’s applaud because it gets ’em where they need to go! Ha ha ha!” Harris said.

Electric school buses are dangerous and a waste of money.

One electric bus caught fire while it was charging and the agency said the electric buses are just too expensive to fix.

A state-owned public transport operator in Paris, France, the Régie Autonome des Transports Parisiens, has pulled out 149 electric buses from its fleet after two of them spontaneously exploded within the same month.