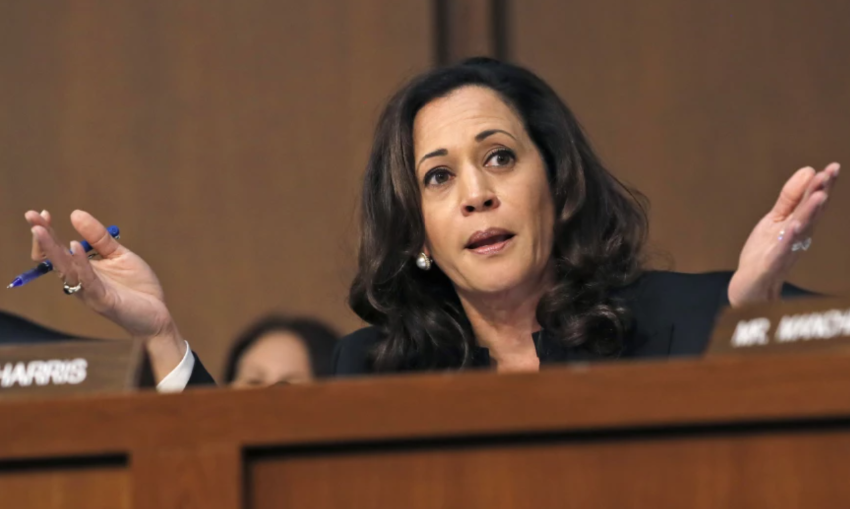 HARRIS IS ANOTHER BOLD-FACED LIAR

Vice President Kamala Harris accidentally commended the United States’s strong alliance with the “Republic of North Korea” during a speech at the Demilitarized Zone on the Korean Peninsula, likely meaning to refer to the “Republic of Korea,” better known as South Korea.

The slip-up came during the vice president’s first visit to the DMZ on Thursday, where Harris vowed that the U.S. would support South Korea against the North Korean government. The gaffe was the latest in a string of blunders from the vice president during her time in office, providing fodder for her Republican critics and operatives.

President Joe Biden is known for his verbal missteps, but Harris has a number of her own, garnering headlines whenever she falls victim to awkward speech delivery or fumbled words.

Here’s a round-up of some of her reported gaffes and blunders to date:

Harris stumbles over words in question about Roe v. Wade

Harris appeared to struggle for words while trying to explain why lawmakers failed to codify Roe v. Wade over the last five decades, instead suggesting that some things are “just settled.”

Q: Did Democrats fail…to not codify Roe v. Wade over the past 5 decades?

Harris: “I think that, to be very honest with you, I do believe that we should have rightly believed what we certainly believe that certain issues are just settled.”pic.twitter.com/2yJej8N3HW

During a speech at the White House in July, Harris seemed to stumble over her words as she touted the Biden administration’s efforts to boost job development and transportation.

“Together, we are expanding access to transportation. Seems like maybe it’s a small issue, it’s a big issue,” she said. “You need to get to go, and you to be able to get where you need to go, to do the work, and get home.”

Talking about children means they ‘are a children,’ Harris says

The vice president suffered another awkward speech delivery during a mental health and wellness event at Children’s National Hospital in May, repeating lines and making grammatical errors.

Kamala insists on working together

One of Harris’s most well-known gaffes occurred during a conference with delegates of the Association of Southeast Asian Nations at the State Department in May. During that meeting, the vice president sought to make it clear that the U.S. would work toward creating a world that is “interconnected and interdependent.”