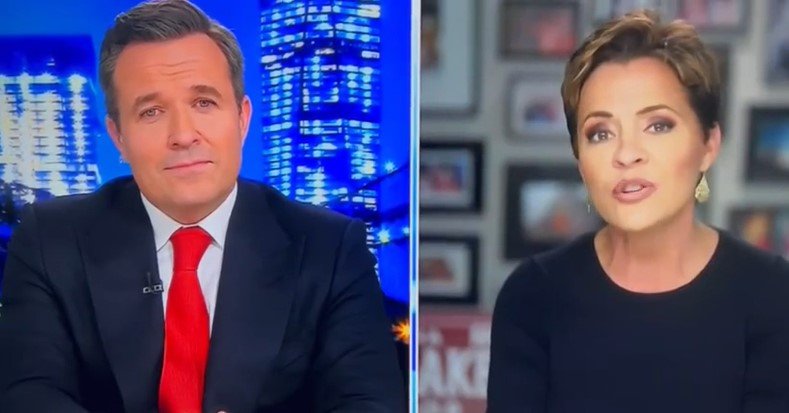 During their discussion, Lake discussed her recent interview with ABC News where she totally dismantled a young reporter and her planned hit job on the Trump-endorsed gubernatorial candidate.

Kari Lake truly was Trumpian in her takedown of the reporter.

Tonight Kari Lake went further in her explanation of the 2020 election.

Kari Lake: The fact of the matter is, CNN, ABC, NBC, CBS and the mainstream media are the conspiracy theorists. And we’ve seen that proven time and time again for years. And especially during COVID. Everything they said was true proved to be wrong and everything the so-called conspiracy theorists said has turned out to be true. So we’re tired of the mainstream media. They’re done. And they’ve been lying to the American people and everybody’s on to it.

Greg Kelly: You know, I’ve seen that question posed to a lot of Republicans. And it always throws them. They be like, uh, uh, uh… They panic a litte bit. You totally nailed it.

Kari Lake: I didn’t give them my normal response because she kind of bumbled the question. My normal response is, ‘Joe Biden is the president just like OJ is innocent.’ When you have a corrupt system you don’t get a true, honest result.

Kari brought her own film crew to the interview knowing the media frequently lies and makes up statements during their interviews with conservative candidates.