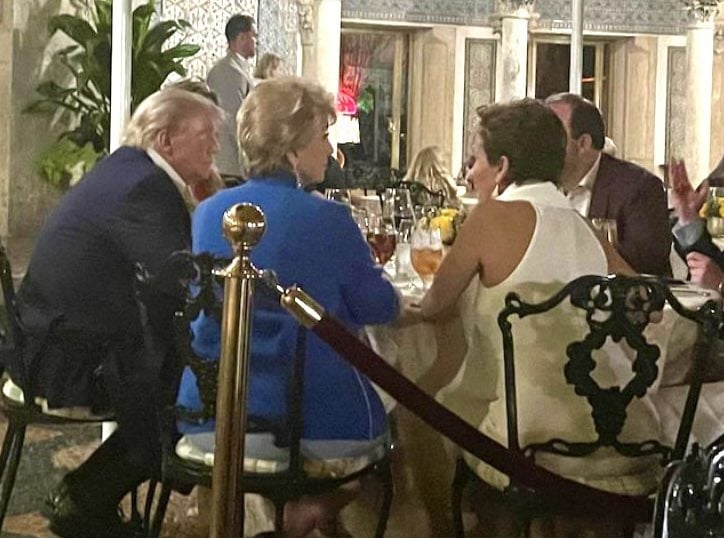 Lake and President Trump were seen sitting at a table with WWE matriarch The picture was shared around the web as the hateful elites from both parties made fun of it.

The Washington Examiner shared this:

Sometimes it pays to acknowledge the Head of the Table.

Fresh off her Arizona gubernatorial loss to Katie Hobbs and subsequent refusal to concede, Kari Lake was spotted in Mar-a-Lago with former President Donald Trump and WWE matriarch Linda McMahon. McMahon served in the Trump administration as Administrator of the Small Business Administration.

Lake, who styled herself as a fervent supporter of Trump during the campaign echoing his unfounded claim that the 2020 election was “stolen,” has taken a further leaf out of his playbook and claimed that foul play deprived her of victory.

(BTW why does a so-called conservative site write “unfounded claims” when there is buckets of evidence that the 2020 Election never should have been certified in multiple states?  See my book on The Steal: Volume II.)

For the second major election in a row, the Democrats stole the election.  The evidence is insurmountable in areas like Maricopa County in Arizona.

Kari Lake Speaks Out On BS Stolen Election: “Arizonans Know BS When They See It”

Will Kari Lake join President Trump tonight in Arizona?  Will others who had their elections taken join them?  We will soon see.