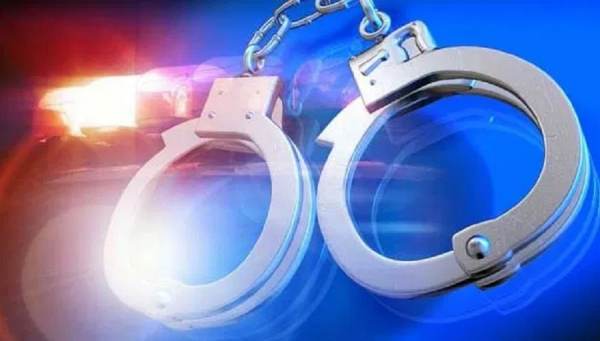 A Kentucky public school teacher has been fired and arrested for possessing child pornography.

Robbie Thompson, an eighth grade math teacher at West Hardin Middle School, was arrested and charged on Tuesday with two counts of possessing child pornography along with a 33-year-old man named Matthew Lyons, who was charged with over 100 counts of the same.

The two men were arrested after the state Cyber Crimes Unit found a 2018 chat between them “involving pornographic images of minors,” according to a press release, the Courier-Journal reports.

Lyons is also facing one count of prohibited use of an electronic communication system to procure a minor for a sex offense, two counts of the use of a minor in a sexual performance and two counts of distribution of matter portraying a sexual performance by a minor. U.S. Attorney Russell Coleman has also announced that he will face charges of federal charges of sex trafficking of a child, attempted production of child pornography, attempted online enticement and distribution and possession of child pornography.

The Courier-Journal reports that “Lyons is accused of paying two 14-year-old boys $70 and $60 to perform oral sex on both of them earlier this month. The sex acts allegedly took place in Lyons’ pickup truck while it was parked in a Dollar General parking lot in Hardin County.” He also exchanged sexually explicit photos and videos with a 16-year-old boy in February.

“I’m grateful to our Cyber Crimes team and their law enforcement partners for uncovering these terrible acts and acting quickly to arrest those alleged of committing them,” Kentucky Attorney General Daniel Cameron said in a press release.

The state’s Cyber Crimes Unit had teamed up with police from Radcliff and Elizabethtown, the Kentucky State Police and the U.S. Secret Service for this investigation.

The Attorney General’s office has said that more charges are likely to follow.

This is just one case in the alarming trend of public school teachers being arrested for sexual abuse.

Another reason to homeschool your children:https://t.co/kWMexyHiYC

A website tracking sexual abuse in schools has tracked hundreds of cases of inappropriate sexual conduct by teachers and staff.