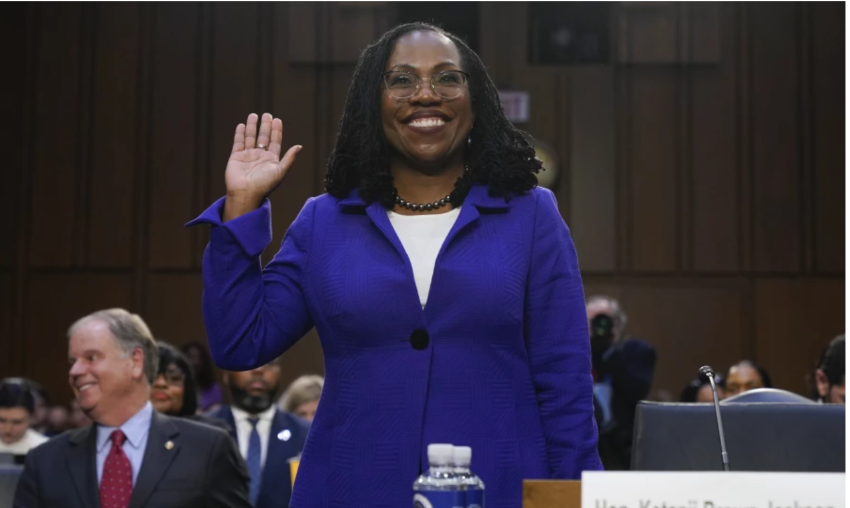 Supreme Court Justice Ketanji Brown Jackson will be able to weigh in on a lawsuit surrounding alleged discriminatory college admissions practices after the high court decoupled a pair of cases surrounding affirmative action policies at Harvard University and the University of North Carolina , Chapel Hill.

Jackson, who was sworn in as the first black woman on the high court last month, said in March that she planned to recuse herself from the previously consolidated lawsuits during her Senate Judiciary Committee hearings due to her role on Harvard’s Board of Overseers, which concluded on May 26. But last Friday, the Supreme Court made a procedural step to separate the cases, thereby allowing her to vote on the UNC case.

Federal law states judges must recuse themselves from cases in which their “impartiality might reasonably be questioned,” which may include close ties to a political party, a financial interest in the outcome, or participation at an earlier stage of the litigation process.

While Justices Neil Gorsuch and Elena Kagan and Chief Justice John Roberts all earned their law degrees from Harvard, they have not held any recent roles with the university. The court decided to grant review of the two lawsuits on a consolidated basis on Jan. 24, though the latest decision will now see the justices weigh them separately.

Rita Mkrtchyan, a senior defense attorney and the director of equity alliance at Oak View Law Group, told the Washington Examiner the primary difference between the pair of cases “is that UNC is a state school and is therefore subject to constitutional constraints that Harvard is not.”

Although Harvard is a private university, it is still required to comply with federal civil rights laws that prohibit discrimination on the basis of race due to its reception of federal funding.

“By accepting both cases, the court can consider whether the public versus private distinction is a consequential factor for affirmative action,” Mkrtchyan said, adding that the order against consolidation allows each case to be argued for one hour, rather than a single hour afforded for joint oral arguments for both cases.

When Jackson was nominated by President Joe Biden in February to succeed the now-retired Justice Stephen Breyer, it was clear her appointment would not alter the ideological composition of the 6-3 conservative majority on the high court.

The decision against the consolidation of the cases may have been an effort to “avoid a split 4-4 decision,” Mkrtchyan said, though even such an outcome is unlikely given the present ideological imbalance.

And the chances for the high court striking down affirmative action policies in educational institutions are far greater this time around because the justices who were key to the decisions to uphold affirmative action, Anthony Kennedy and Ruth Bader Ginsburg, were replaced by Justices Brett Kavanaugh and Amy Coney Barrett, both of whom are more likely to disagree with the previous precedent.

Additionally, there are three justices who are still on the court who voted against affirmative action in the 2016 case Fisher v. University of Texas, Justices Clarence Thomas and Samuel Alito and the chief justice.

The pair of legal challenges were brought by the conservative nonprofit group Students for Fair Admissions, alleging that race-based affirmative action policies of the institutions have disproportionately harmed Asian American applicants.