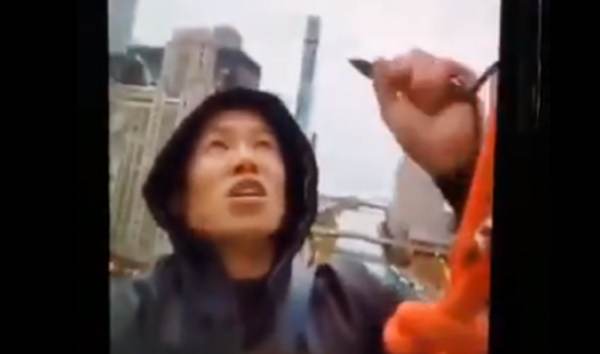 man dangling from the Trump Tower in Chicago and demanding to speak with President Donald Trump is a Black Lives Matter activist, according his live video broadcast on Facebook.

In the live video from the side of the building, the man declared that he is a member of Black Lives Matter and brandished a knife while threatening to cut the rope that is preventing him from plummeting to his death.

“The man, who is in his 20s, has been dangling from the tower’s 16th-floor balcony since about 5:30 p.m.,” the Chicago Sun reports. They added that he has threatened to kill himself.

The name of the activist is unclear in the video, which was uploaded to Twitter by a man named Ben Martin. The Gateway Pundit has reached out to Martin asking for the name and will update this story when it becomes available.