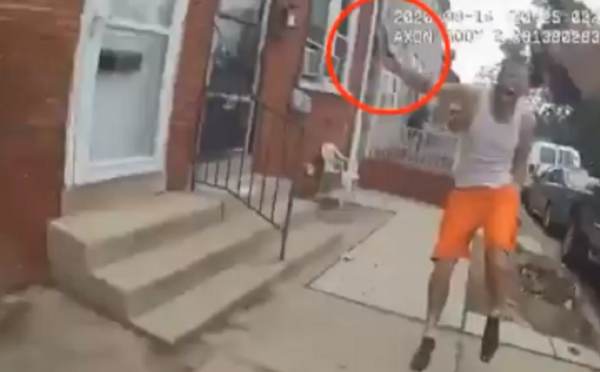 The Lancaster Police Department has released body camera footage of the adult male suspect lunging at police with a knife, prompting the fatal officer involved shooting.

A violent mob of Black Lives Matter lunatics had already converged at the scene and began causing trouble before any information was released about the incident.

The Department also released information about the call that led up to the shooting. It turns out that Ricardo Munoz’s sister had called police because he was attempting to break into their mother’s home.

“On September 13, 2020, at approximately 4:13 PM, Lancaster County-Wide Communications received a 911 call for a domestic in the 300 block of Laurel Street in Lancaster City. The caller related that her brother was reportedly becoming aggressive with his mother and was attempting to break into her house,” the statement said. “The first officer on the scene walked to the front of the residence and made contact with a woman, who was identified as a family member. A male subject then exited the front door of the residence and began chasing the officer. Preliminary information and body worn camera footage indicates that the male subject had a knife in his right hand as he was chasing the officer.”

Immediately following the shooting, rumors began to circulate on social media that the man had been a 14-year-old kid with autism, something that clearly was not the case. Munoz was 27 years old.