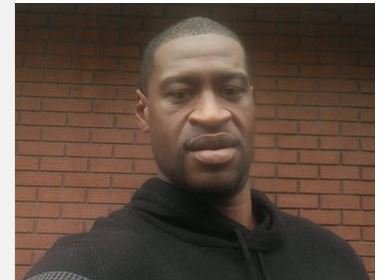 The LAPD and Marxist District Attorney George Gascón are investigating after a police officer reported that a George Floyd Valentine meme captioned, “You take my breath away” was circulating among police officers.

George Floyd died last spring after a Minneapolis police officer knelt on his neck for 8 minutes during an arrest.

According the medical examiner, Floyd had a “fatal level” of fentanyl in his system at the time of his death.

The LAPD says it is investigating reports its officers shared a Valentine’s Day post mocking the killing of #GeorgeFloyd: a photo of Floyd with the words: “You take my breath away.”

Police killed Floyd by pressing a knee on his neck as he said “I can’t breathe” over 20 times. pic.twitter.com/2JJOVRlivc

The DA, who just granted parole to a double murderer, was outraged over the George Floyd meme.

Celebrating the murder of a Black man at the hands of police demonstrates a profound absence of humanity.

The mock valentine underscores problematic & racist perceptions of law enforcement culture regarding the communities we are sworn to protect & serve.https://t.co/w52m2mEK9U

Instead of prosecuting gang members and murderers, Gascón used the George Floyd meme as an excuse to target police officers and probe other cases to see if they were compromised by “biased police work.”

The Los Angeles District Attorney’s Office will be looking into this matter to determine if the integrity of any of our cases may have been compromised by biased police work.

More than two dozen people were killed during the “George Floyd riots” that went on for several months last year.

According to reports, the George Floyd riots caused more than $2 billion worth of damage after BLM terrorists burned buildings and destroyed property.

The Democrat-media complex worships George Floyd, a criminal with a long rap sheet who once robbed a pregnant woman at gunpoint.