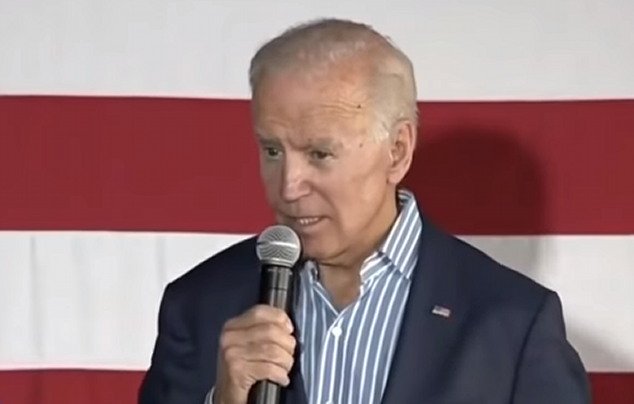 Joe Biden has one thing in common with his running mate, Kamala Harris.

He says whatever he thinks he needs to say, on any given issue, depending on who he is talking to at the time.

Back in January and February of this year, Biden was going around the country insisting that China is not a threat to the United States. Now he has changed his tune and is claiming he will be tough on China.

Biden also clearly thinks no one remember that he played an instrumental role in China’s rise.

Biden Says He’ll Be Tough On China — His Record Says Otherwise. Here’s How Biden Got It All Wrong On China

Democratic presidential nominee Joe Biden has at times indicated that a new approach to China is needed after decades of a broken foreign policy consensus. But a look at Biden’s record shows how the former vice president was a central figure in the political establishment’s role in facilitating the rise of China.

His campaign website argues that Biden would be tough on China as president but during his four decades of public service Biden has directly contributed to China’s rise, and he has defended his previous statements and positions on the campaign trail.

Biden’s 2020 presidential campaign has been mired with inconsistencies as he tries to paint himself as both someone who will be tough on China and also someone who was central to U.S.-China relations in previous decades, The Hill reported.

Here’s Joe last spring saying China is no threat to the U.S.

“China is no threat the the U.S, Come on man”

What say you now Joe? pic.twitter.com/z8NTiEu4JZ

That is just one example, but there are many more.

Biden has proved that he cannot be trusted on this issue.