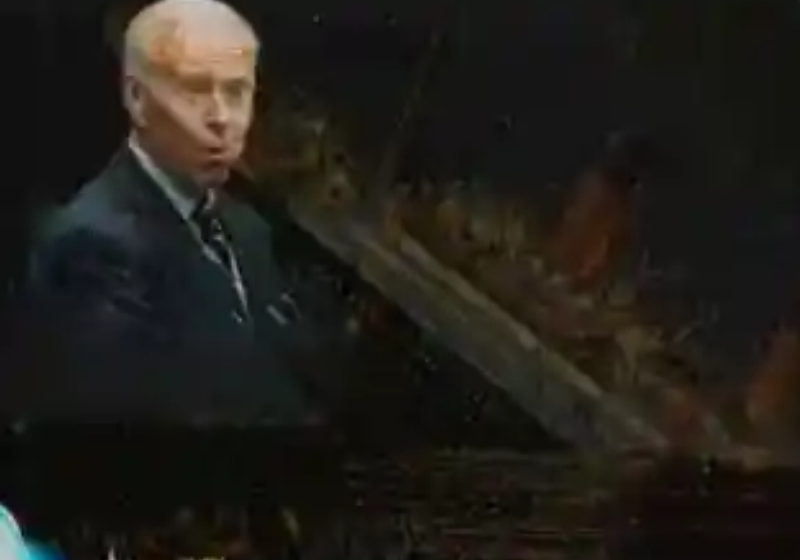 I don’t want to sound hysterical here or anything, but Biden said we are facing ARMAGEDDON! The media yawned, except for CNN, who found it “chilling.” Americans didn’t react, probably because they don’t believe anything Biden says.

The AP cleaned up after him. “President Joe Biden’s warning that the world is at risk of a nuclear “Armageddon” was designed to send an unvarnished message that no one should underestimate the extraordinary danger if Russia deploys tactical nuclear weapons in its war against Ukraine, administration officials said Friday,” AP said.

At the end of fundraising remarks, he said Putin was “not joking when he talks about the use of tactical nuclear weapons or biological or chemical weapons.”

“We have not faced the prospect of Armageddon since Kennedy and the Cuban Missile Crisis,” he added. He suggested the threat from Putin is real “because his military is — you might say — significantly underperforming.”

The AP said he didn’t get that from intel. He went beyond the bounds of intel.

Karine Jean-Pierre told reporters: “Russia’s talk of using nuclear weapons is irresponsible, and there’s no way to use them without unintended consequences. It cannot happen.” She added, “if the Cuban missile crisis has taught us anything, it is the value of reducing nuclear risk and not brandishing it.”

The White House said there is no change in posture after the “armageddon” remark.

Okay, then, let’s all vote for Biden.

“Now I am become Death, the destroyer of worlds.” ~ J. Robert Oppenheimer upon witnessing the first nuclear explosion pic.twitter.com/jqpLSomN4G

And he worried about Donald Trump.

January, 2018. Just one of the many times Biden expressed his concerned that Trump was going to start a nuclear war. pic.twitter.com/8hbAF7vtxV

Iran Prepares for War With Israel and the United StatesFebruary 6, 2012In “Home of News, Politics & Opinion”