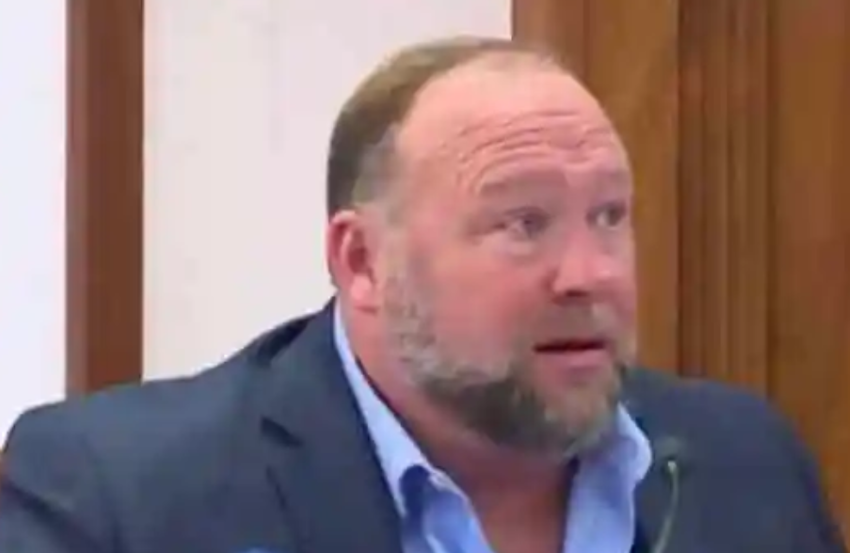 DID HIS LAWYER DO THIS ON PURPOSE? OR DIS SOMEONE PAY HIM TO DESTROY ALEX JONES

Alex Jones testified Wednesday in the Sandy Hook trial that he now understands he was irresponsible to declare the Sandy Hook Elementary School massacre a hoax. That’s not the big news. The real news is Jones’s lawyers accidentally sent the contents of Jones’ phone to the plaintiffs’ attorneys.

The day before, the parents of a 6-year-old boy killed in the 2012 attack testified about their suffering, death threats, and harassment. They blamed Jones for it based on what he said on his platform.

“Especially since I’ve met the parents. It’s 100% real,” Jones said before the jury began determining how much he and his media company, Free Speech Systems, owe for defaming Neil Heslin and Scarlett Lewis. Their son Jesse Lewis was among the 20 students and six educators killed in the attack in Newtown, Connecticut.

The Alex Jones trial is a microcosm of the legacy media establishment’s attacks on conservatives at large. https://t.co/5MhelfphZd

Jones portrayed the lawsuit against him as an attack on his First Amendment rights. He told the jury that compensation above two million dollars “will sink us.”  He added, “I think it’s appropriate for whatever you decide what you want to do.”

The parents want $150 million. The judge is brutal and is taking sides with the parents.

Then came the shocking twist.

THEN THE INCRIMINATING EVIDENCE

In the strangest of twists,  the Sandy Hook parents’ lawyer revealed that Alex Jones’ lawyers accidentally sent him the contents of Jones’ phone.  The attorney said, “12 days ago, your attorneys messed up and sent me a digital copy of every text” Jones has sent for years.

“You know what perjury is?” he asked Jones.

Jones’s lawyers sent the entire contents of his phone and his long-hidden financials, but they waited 12 days in the hopes of catching him committing perjury.

Trump probably had nothing to do with Alex Jones.

Ethically, shouldn’t the Sandy Hook parents’ lawyers have revealed this to Jones instead of attempting to entrap him?

The J6 committee will attempt to imprison Alex Jones for perjury. He did nothing on J6 except try to establish order. Jones testified to the J6 witch hunt committee when he was subpoenaed.

The left-wing mongrels on social media think this is great because they are convinced it will send Jones and other right-wing people to prison.

The incredible moment where Alex Jones is informed that his own lawyer accidentally sent a digital copy of his entire phone to the Sandy Hook parents’ lawyer, thereby proving that he perjured himself.

Social Media Giants Appear to Coordinate an Attack on InfowarsAugust 6, 2018In “Home of News, Politics & Opinion”