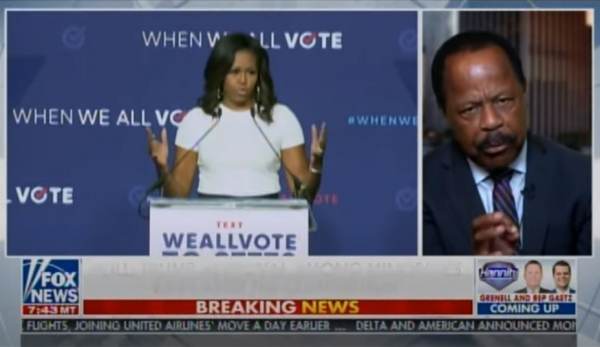 This was not an outlier. President Trump’s approval rating with registered black voters jumped to 24%, a nine point jump in the latest Hill-HarrisX poll.

And a recent Rasmussen poll showed President Trump with as much as 36% of the black vote.

On Monday night Attorney and former Democrat Leo Terrell promised that President Trump will get the highest number of the black vote ever in modern day history.

Leo Terrell was on with Hannity tonight.