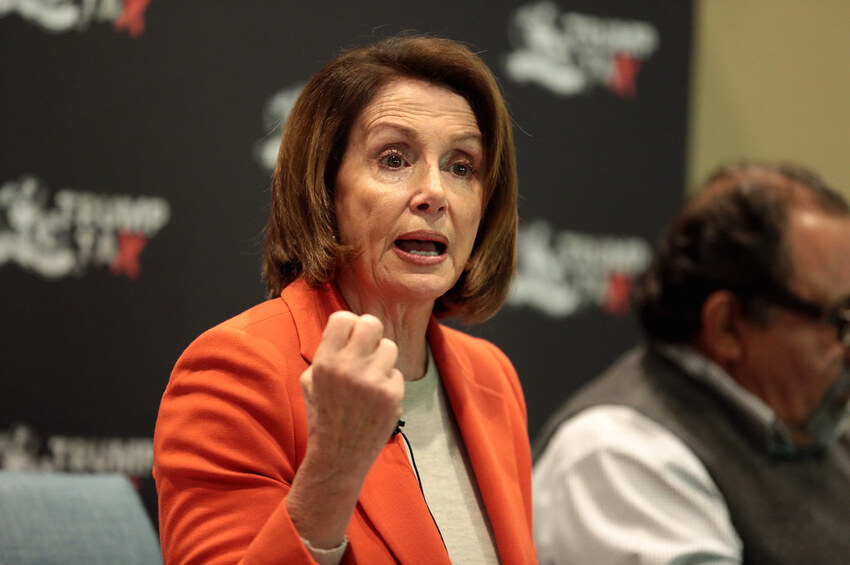 Well, it’s done. House Democrats have voted on the article of impeachment against President Donald Trump. They’re garbage. They’re weak. This push faces certain death in the Republican Senate. And that’s why House Speaker Nancy Pelosi decided to hold onto the articles, refusing to transmit them to the Senate because Majority Leader Mitch McConnell (R-KY) has pretty much said this whole circus is coming down—and he’ll be the one who rips down the big top. House Democrats think that Senate Republicans should abide by what they want for the trial. That’s not their call. Elections have consequences and the GOP kept the Senate. For all their talk about abuse of power and a constitutional crisis, Pelosi decided to create one of her own because…‘orange man, bad.’ They’re taking the ‘we had to destroy the village to save it’ approach. The only way for Democrats to save the Constitution is for them to plunge Congress into a crisis. Also, if Trump is such a threat, as they’ve said, why hold onto the articles. Deep down, to take a quote from the father of fake news Dan Rather, they know this case is shakier than cafeteria Jell-O.

Now, Katie wrote up that Trump technically might not be impeached yet because House Democrats dithered around—and this comes from the lefty law professor, Noah Feldman, who Democrats asked to testify in support of their witch-hunt. He wrote the following in Bloomberg:

According to the Constitution, impeachment is a process, not a vote

If the House does not communicate its impeachment to the Senate, it hasn’t actually impeached the president. If the articles are not transmitted, Trump could legitimately say that he wasn’t truly impeached at all.”

The Constitution doesn’t say how fast the articles must go to the Senate. Some modest delay is not inconsistent with the Constitution, or how both chambers usually work.

But an indefinite delay would pose a serious problem. Impeachment as contemplated by the Constitution does not consist merely of the vote by the House, but of the process of sending the articles to the Senate for trial. Both parts are necessary to make an impeachment under the Constitution: The House must actually send the articles and send managers to the Senate to prosecute the impeachment. And the Senate must actually hold a trial.