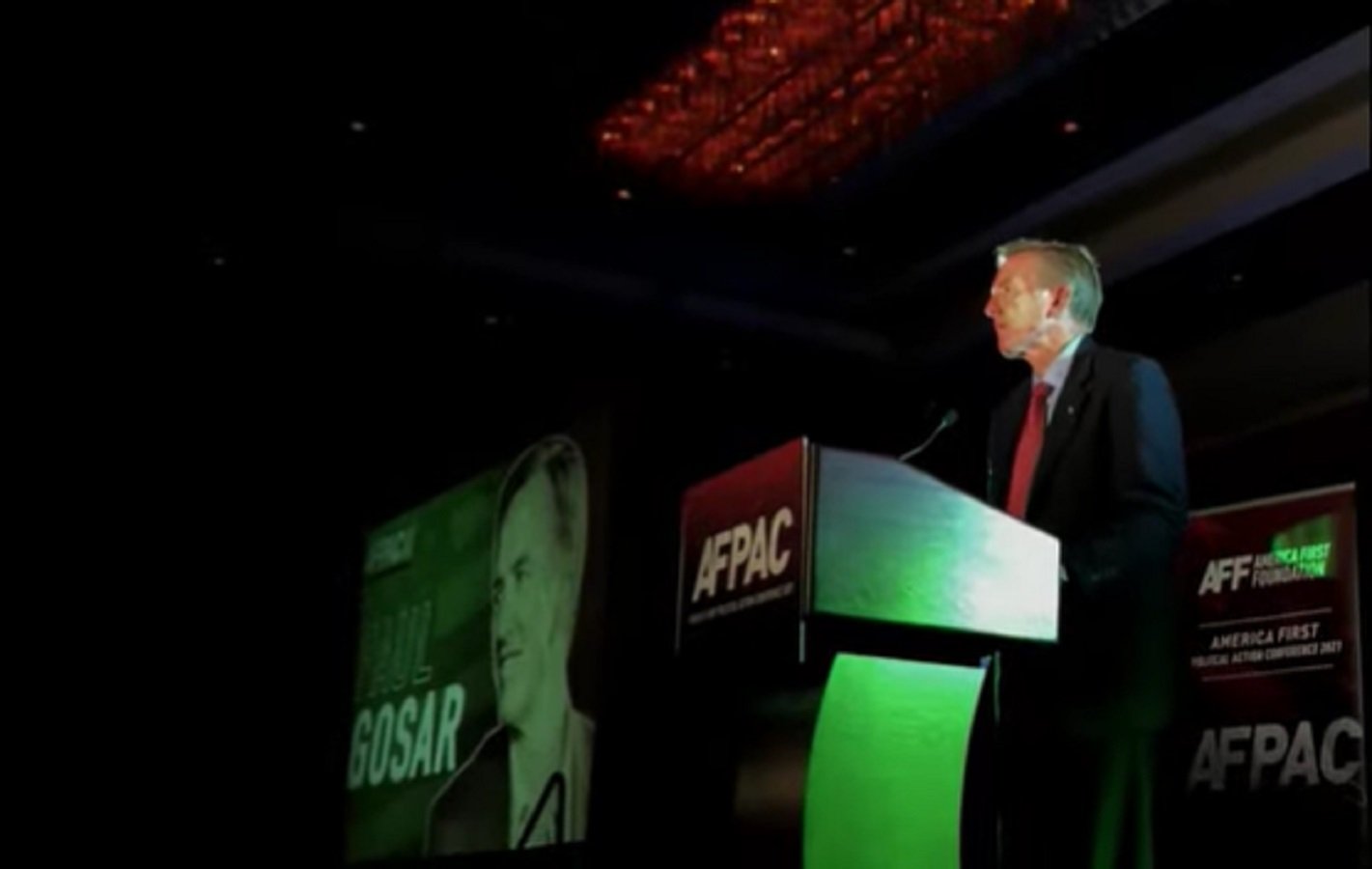 Liberal activists (masquerading as journalists) and Never-Trumpers are teaming up to go after Rep. Paul Gosar for giving a compelling ‘America First‘ themed speech during the second annual America First Political Action Conference on Friday evening.

During Rep. Gosar’s persuasive speech he discussed his background and shared his pride in his state of Arizona, saying “I’m a dentist by trade, and a patriot at heart. Deep love of my country compels me to put the interests of my constituents, and American citizens, first.”

“President Trump signed seven of my bills into law, making me the most effective Republican in the Congress. Most importantly, all the efforts put my constituents first – Not another country, nor corporation,” Gosar continued.

He noted that “Trump was the most conservative President in American history. Most importantly, he put our citizens first.”

“Despite all the attacks, and subversive officials, President Trump made America strong. I am a proud supporter of President Trump and continue to support his America First agenda,” the speech continued, with periodic loud rounds of applause. “To date, President Trump’s greatest offense to the ruling elite is his allegiance to hard-working men and women across America, as opposed to corporate or global interests.”

The congressman asserted that “American patriots now carry the torch of others, including our Founding Fathers, who sacrificed for the freedoms we continue to defend.”

“We all watched recently as Big Business, Big Tech, and The Swamp banded together in a technology coup to usurp the White House from President Trump – the peoples’ president. Shadowy elites and the Deep State continue to collude with Big Tech and Big Media to further disenfranchise President Trump and American patriots,” he said. “My mission is to defend and carry the platform. The Republican party can run, and win, on an America First agenda.”

Rep. Gosar also discussed immigration — and how representing a border state means that it is an issue that his constituents are very concerned with. He noted that “a county without a border is not a country. A nation without a people is not a nation.”

The outspoken representative explained that there is currently a 15% tax discount for companies that hire foreign workers. He asked the extremely valid question, “what kind of country would incentivize employment discrimination against their own citizens?”

On the topic of censorship, something which should concern everyone even remotely right-of-center, Rep. Gosar took aim at Section 230 and