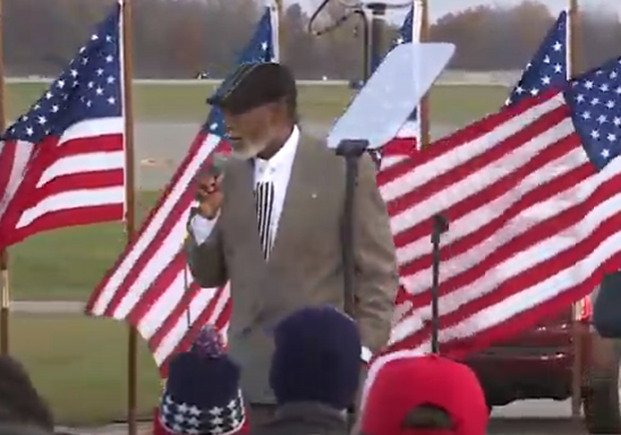 Maurice Davis is the Vice President of the city council in Flint, Michigan. He is a lifelong Democrat. And he is backing President Trump.

Over the years, we have seen many Democrats cross party lines to support Trump. It takes a lot of courage for some of them to do this.

Davis is obviously a man with the courage to think for himself.

Maurice Davis, a lifelong Democrat who serves as vice president of the Flint, Michigan, city council, endorsed President Donald Trump for re-election on Wednesday ahead of a speech by Vice President Mike Pence in a visit to the city.

“God uses whoever he wants to to bring His people out of whatever the problem has to be,” he said.

“I’m tired — I’ve been a Democrat, I’ve am a Democrat all my life, 64 years. Last four years, I voted for Hillary Clinton. This year, I decided to go with President Trump.

“I’m not a bootlicker. I’m not an Uncle Tom. I’m none of those things. I’m somebody that’s in a poor, impoverished community. …

“People are losing everything, and when Mr. Trump said, ‘What the hell you got to lose?’, he was talking to me.”

Democrats have been promising solutions in Flint for years and have not delivered.

Maybe it’s time to try a different approach there.