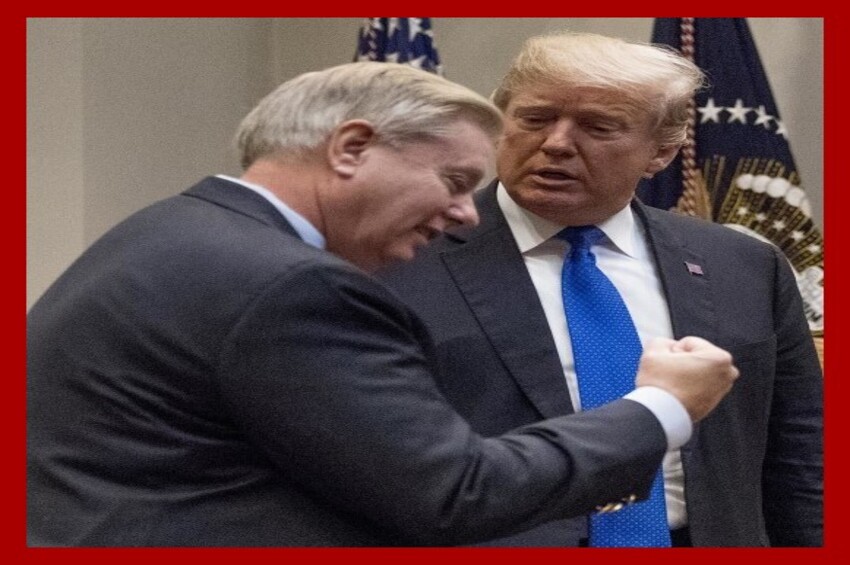 Sen. Lindsey Graham isn’t spending much time thinking about who the Democratic nominee for president will be this fall.

“We’ve got the most effective president since Ronald Reagan running at the top of our ticket,” Graham said of President Trump during a Monday interview on Fox & Friends. “I think he’s going to get reelected because of the results he’s achieved. On national security, he’s been a Reaganlike figure.”

Reagan’s aggressive efforts to fight communism during his years in the White House earned him praise from conservatives. Graham mentioned a recent peace deal the Trump administration struck with the Taliban and the White House’s all-out pressure campaign against the Iranian regime as two examples of Trump displaying strong leadership.

“Let’s end this war in Afghanistan smartly, Mr. President,” Graham said. “Let’s get a better deal with Iran, and let’s take it to the terrorists throughout the world.”

Sen. Bernie Sanders is the Democratic front-runner for the nomination following key wins in New Hampshire and Nevada. Former Vice President Joe Biden won the South Carolina primary on Saturday, closing the gap in delegates between him and the Vermont senator.

Trump has expressed no concern about running against any of the remaining Democratic candidates.

In a hypothetical poll, done by one of the worst pollsters of them all, the Amazon Washington Post/ABC, which predicted I would lose to Crooked Hillary by 15 points (how did that work out?), Sleepy Joe, Pocahontas and virtually all others would beat me in the General Election….

“The strongest thing we have going for us is not the weakness of the Democratic Party,” Graham said, “but the strength of the Republican Party.”