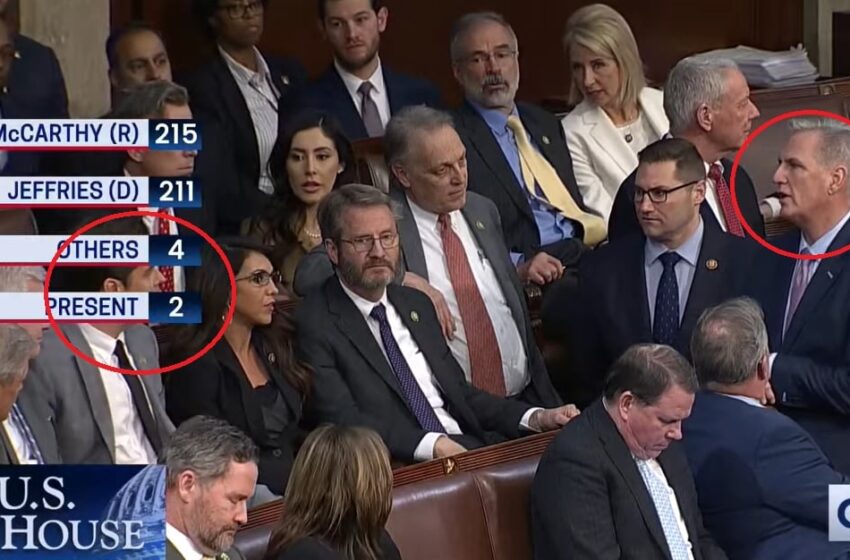 It looks like this may be it, the final vote for US Speaker.

During the vote for adjournment, Gaetz and McCarthy spoke on the House floor.

Eli Crane switched his vote to present. This should give McCarthy the gavel.

BREAKING: Rep. Eli Crane just flipped from no on McCarthy to present.

That will do it.

Kevin McCarthy will be the 53rd Speaker of the House on the 15th ballot.

The Republicans are all smiling.

It looks like some sort of deal was cut before the vote.

MTG was running around with her phone – and Trump on the line.

There were only two candidates nominated this time for the speakership – McCarthy and Jeffries.