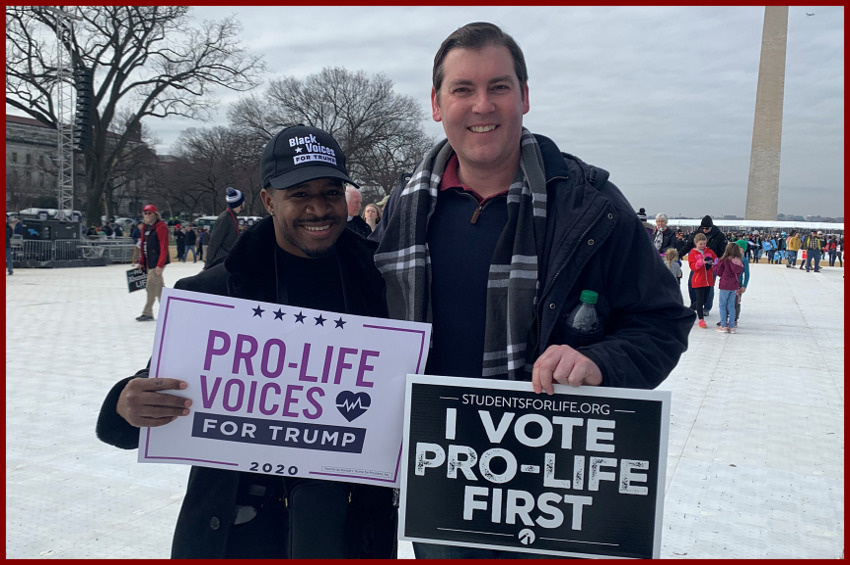 Washington D.C. (January 25th 2020) – Estimates suggest 100,000+ people attended the March for Life on Monday. Homemade signs and pre-printed signs were abundant as people joyfully watched President Trump speak in support of life. “Every child is a precious gift from god.” No one could have said it better during the charismatic and heartfelt speech by President Trump.

The March for Life crowd included 1000’s of newborn children and expecting mothers. In a country where god has been all but erased from public schools, it was an inspiring sight to see.

The upbeat crowd cheered for life and the end to the countless aborted children. School groups from around the country took 1000’s of buses packed to the brim with people. Students exclaimed that this was an event that they “wouldn’t miss for the world because without life we would be extinct in 100 years.”

Roberge was in attendance, along with conservative influencers like Terrance Williams and Charlie Kirk to support his position that life begins at conception. “It is disturbing that people are more interested in aborting children than protecting their lives.” With life beginning at conception, Roberge has suggested creating model legislation to address the murder of unborn children saying, “How can we continue to look past the epidemic of murdering unborn children without any legal repercussion?”

Jason Roberge is Coast Guard veteran and lawyer based in Virginia’s 7th congressional district. To support his campaign, visit https://secure.anedot.com/roberge/donate