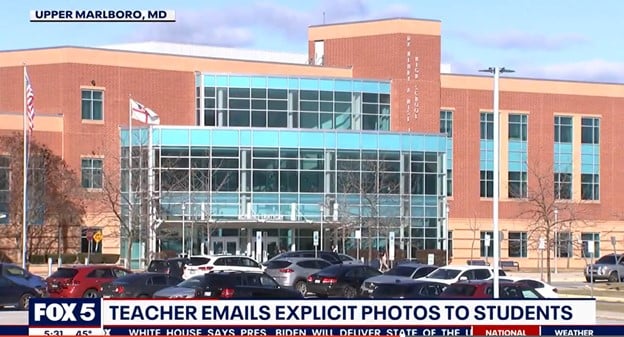 This certainly qualifies as one major mistake, assuming this was one to begin with. On Friday, Fox 5 Washington DC revealed that a teacher from an Upper Marlboro, Maryland high school emailed X-rated photos to the entire student-body.

A teacher at a Prince George’s County high school mistakenly sent out sexually explicit photos to the student-body, according to school officials.

Families of students at Dr. Henry A. Wise Jr. High School in Upper Marlboro were informed of the news on Friday in a letter sent home by Principal Taryn Washington.

The letter indicates that the photo were “inadvertently” sent out in an email to all students at the school, and immediate action was taken by the administration to retract the message.

Despite the retraction, the letter said that “many individuals saw the photos and have since shared them with others.”

In response, Principal Washington is asking the students and the community to stop sharing the photos.

The letter goes on to write that “appropriate steps have been taken regarding the employee,” but it did not indicate what those steps were.

Principal Washington said the school is making mental health clinicians and professional school counselors available to students who need support in response to the incident.

The letter did not provide details about the employee who sent out the photos, or what may have caused the mistake. It also did not indicate when the photos were sent out to students.

The second question is whether this was a mistake to start with. There are teachers all across America who make it their mission to groom and indoctrinate students. The Gateway Pundit has provided several examples of this.

Furthermore, the only acceptable punishment is immediate termination. Mistake or not, this so-called mistake of sending sexually explicit photos had a clearly damaging impact on the student body. You cannot simply give someone a slap on the wrist for this.

Professionalism in America’s public schools is in short supply these days and teachers are at the center of it. No wonder homeschooling is becoming more popular.