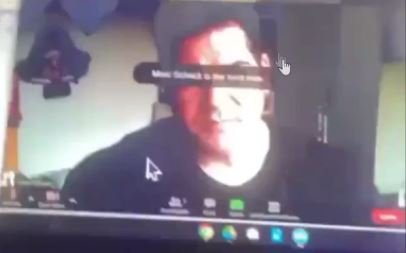 When Schack spoke with FOX 5 reporters he said it was not on purpose and that it was just dumb luck that students were able to see him.

Schack is currently suspended – but is not out of a job.

A teacher’s aide in Maryland masturbated during a Zoom call with eighth-graders — but insists he thought the online lesson had ended.

Marc Schack, an assistant for special education students at Shady Grove Middle School in Gaithersburg, told the Bethesda Magazine Wednesday he was unaware his self-love session had been captured on the virtual call until being interviewed.

A 13-second clip — later posted on social media – shows Schack gaze at his screen before standing up, taking a few steps away and beginning to pleasure himself, according to the report.