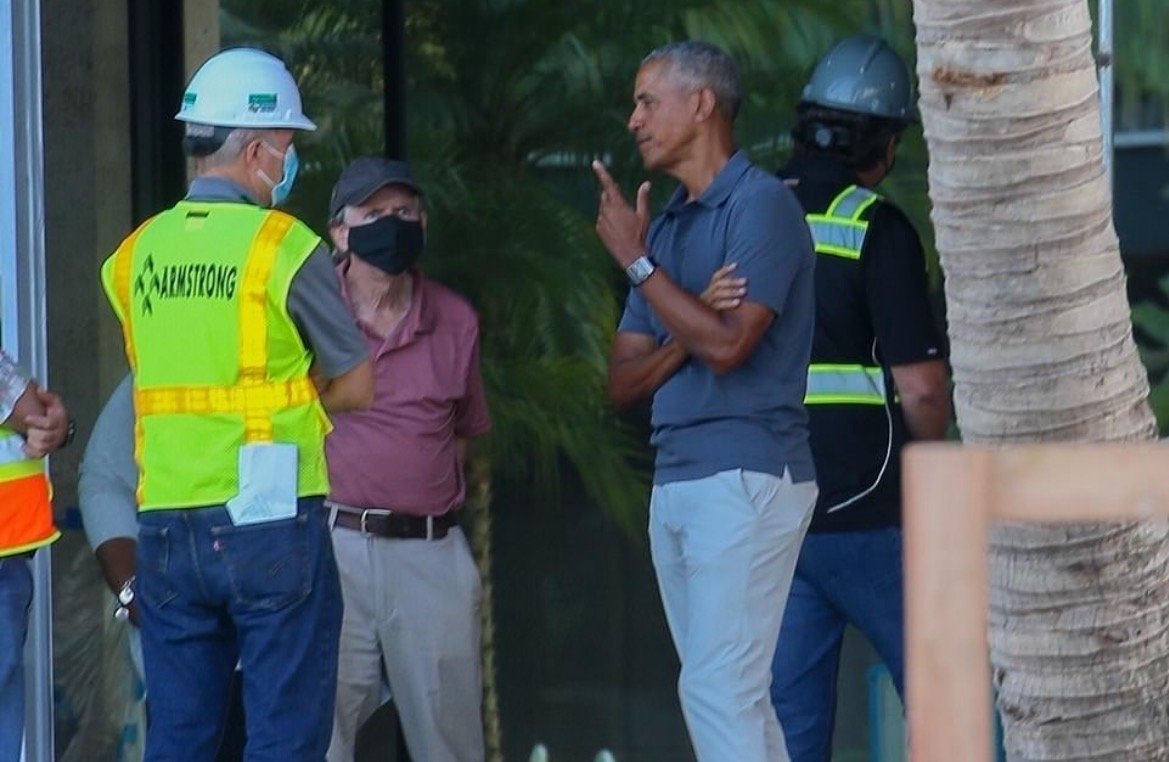 A maskless Barack Obama was spotted meeting with contractors and construction workers on his new multimillion dollar Hawaii beachfront mansion.

The Daily Mail obtained photos of Obama meeting with architects at his new property on Oahu.

Marty Nesbit, a friend of the Obamas and current chairman of the Barack Obama Foundation, purchased the estate in 2015 for $8.7 million.

The Obamas are planning to retire at this Oahu estate one day.

Barack Obama has been pictured at his new multimillion-dollar Hawaii mansion for the very first time, but he did not yet appear to be on island time.

Construction has been mired in controversy because the project used a planning loophole to retain a sea wall that is almost certainly causing beach erosion.

Some of the architects and construction workers present appeared to be carrying plans of the intricate design, but it seems the building, nestled in the Native Hawaiian community of Waimanalo, still has some way to go before it reaches presidential standards.

The building of the enormous beachfront property where Obama plans to retire someday was purchased for $8.7 million by his close friend Marty Nesbitt in 2015.

The developers are currently building three homes on the site including two swimming pools and a security fence on the three-acre parcel of beachfront land. 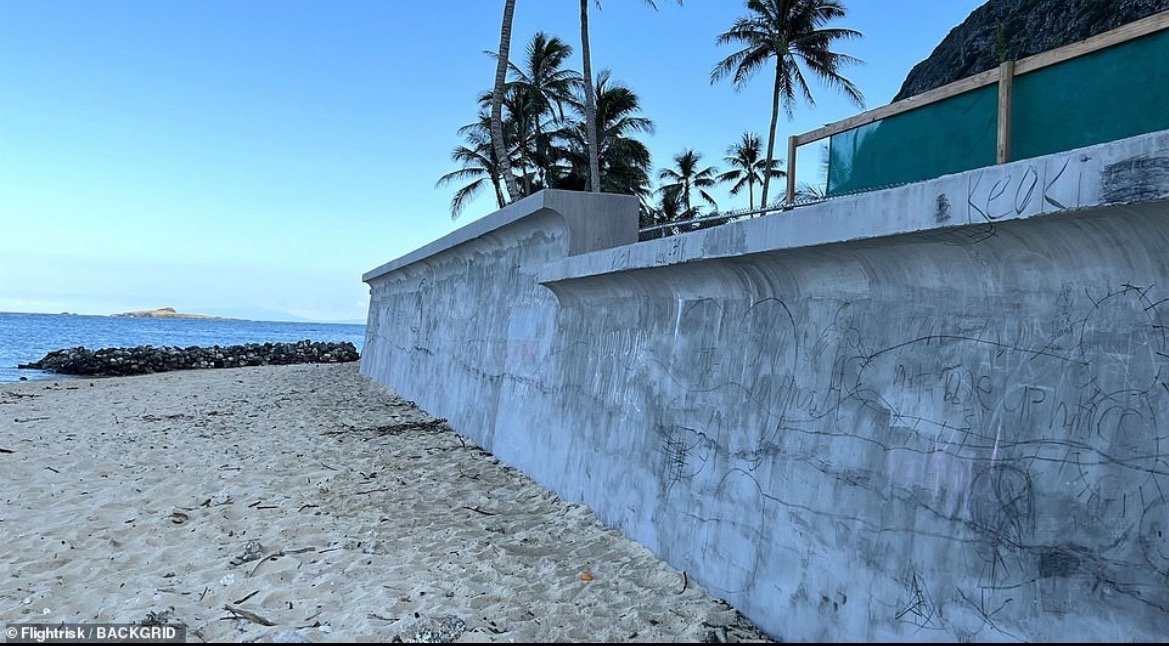 Obama’s friend Marty Nesbit bought the property for $8.7 million and used a loophole to preserve the century-old sea wall protecting the 3-acre estate.

According to environmentalists, the sea wall contributes to beach erosion and causes damage to the natural coastline, but Obama’s friend paid $61,400 to keep the ugly sea wall when he purchased the property in 2015.

As Barack Obama entered the home stretch of his presidency, his close friend Marty Nesbitt was scouting an oceanfront property on Oahu, the Hawaiian island where the two regularly vacationed together with their