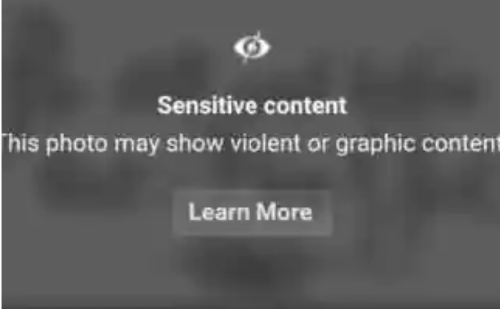 Even though press releases related to both Facebook and Instagram have said beginning December 1st, they will begin removing and blocking information related to political and religious views, some users have found this has already begun. Mark Zuckerberg’s Meta platforms have been tanking in both the stock market and public square, with thousands of layoffs coming. News reports claim Meta is preparing to lay off some 11,000 workers in the first quarter of 2023. Presumably, this new policy was begun early for them to test the waters and see what kind of blowback they would get from the public.

Meta has confirmed the removal of these profile elements, explaining that:

“As part of our efforts to make Facebook easier to navigate and use, we’re removing a handful of profile fields: Interested In, Religious Views, Political Views, and Address. We’re sending notifications to people who have these fields filled out, letting them know these fields will be removed. This change doesn’t affect anyone’s ability to share this information about themselves elsewhere on Facebook.”

Other details provided in your profile, such as your contact information and relationship status, will remain. If you want to preserve these older posts related to these topics Meta wants to eliminate, you can download a copy of your Facebook data before December 1st if you’re determined to preserve it.

One Instagram user posted to an alternative social networking platform:

The Lord’s Prayer is widely credited with being the actual words of God.

This writer made me aware of this issue over a script-worded graphic that is often posted and shared that simply states, “Be still and know that I am,” another quote from God.

Many Christian users have said they will now consider dumping the platform or simply leaving their accounts to stand unused to take up Meta server space. People have had less to say about the political aspect of this new policy, perhaps because politics can be more polarizing than religion.

Mark S. Schwendau is a retired technology professor who has always had a sideline in news-editorial writing where his byline has been, “Bringing little known news to people who simply want to know the truth.”  He classifies himself as a Christian conservative who God cast to be a realist.  Mark is an award-winning educator who has published seven books and numerous peer-reviewed trade journal articles, some of which can be found on the Internet.  His father was a fireman/paramedic, while his mother was a registered nurse.  He holds multiple degrees in technology education, industrial management, OSHA Safety, and Driver’s Education.  His personal

Covid-19 Vaccines and Hunter Biden Prove Hackers Are Not Always the Bad Guys!July 11, 2022In “Columns”

The Fake Media is becoming scared that the Info Wars Case could be flipped on them in Red States. Imagine if the Fake Media and Social Media had to actually prove the reasons for their censorship in Courts.
Share on: