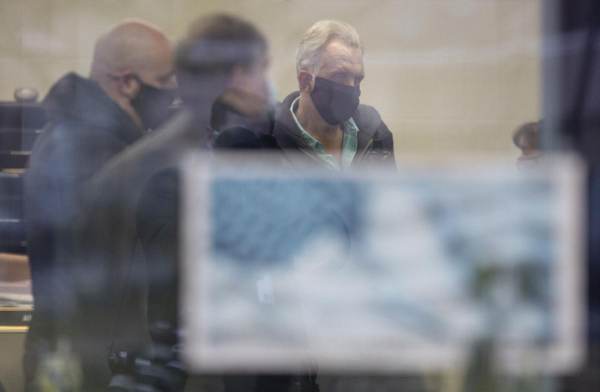 Tomorrow at 8:30 AM, in Michigan’s 13th Circuit Court, Judge Kevin A. Elsenheimer will decide if he will allow Constitutional Attorney Matthew DePerno of the DePerno Law Firm to release the Kraken.

At 5:30 PM on Friday, December 4, Judge Elsenheimer granted permission to DePerno’s client, William Bailey, and his team of IT experts to conduct a forensic study of the 16 Dominion voting machines, tabulators, thumb drives, related software, and the Clerk’s “master tabulator” used in the November elections in Antrim County, MI. In the judge’s court order, the plaintiff, Mr.Bailey, was also granted the ability to conduct an independent investigation of the images they obtained in their examination.

After 8 hours, the collection was complete. With 16 CF cards (similar to SIM cards), 16 thumb drives, and forensic images of the Dominion voting machines in hand, the IT team was escorted to the local Antrim County Airport by two Antrim County Sheriff vehicles, where they boarded their jet plane with evidence in hand.

The following morning, Mr. DePerno received a phone call from the MI State Bar warning him that they have opened an investigation into a case he tried over a year ago in Lapeer, MI. Mr. DePerno was told that the State Bar of Michigan had already requested over 6,000 pages of documents related to the case. According to Mr. DePerno, there has never been a single complaint filed about the case. He believes the phone call was simply an act of intimidation on the part of Michigan Attorney General Dana Nessel. DePerno expressed his concern about the timing of the call from the MI State Bar office, telling him, “In light of the news that’s breaking today, this seems very political to me.” DePerno explained, “They’re just digging for stuff!”

On Wednesday, December 9, Matthew DePerno and his client, Mr. Bailey, waited patiently for the results of the forensic examination of the Dominion voting machines to arrive. While he was waiting for the results, Michigan’s radical Attorney General Dana Nessel, who won her election after bragging she was the best candidate for the job because she didn’t have a penis, added Michigan’s far-left, dishonest Secretary of State Jocelyn Benson to the lawsuit as a defendant.