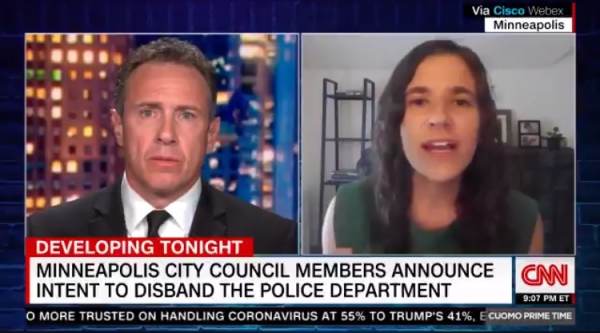 The Minneapolis City Council is disbanding the police department.

Lisa Bender’s statement comes on the same day the Star Tribune obtained Minneapolis’ survey of property damage from the George Floyd riots which revealed 1,000 commercial properties were damaged, including 52 businesses that were totally destroyed by rioters — the total cost of the damage is estimated at $500 million.

One owner of a manufacturing company is getting hell out of Minneapolis after the Democrat government officials sat back and allowed rioters to burn his business down.

“They don’t care about my business. They didn’t protect our people. We were all on our own,” Kris Wyrobek, president and owner of 7-Sigma told the Star Tribune. “The fire engine was just sitting there, but they wouldn’t do anything. That’s the frustrating thing to us.”

This is just the first of many businesses to flee Minneapolis and with the city council’s plans to disband the police department, there will be more to follow.