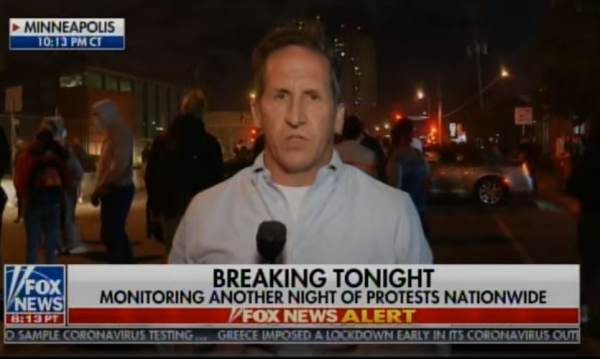 The Minnesota governor and Minneapolis Mayor called in the National Guard on Friday morning following a week of rioting and looting in the Twin Cities.

At least 170 businesses were damaged or destroyed in Minneapolis this week in leftist rioting.

On Friday night police announced the 8 PM curfew on the streets and then disappeared.

Reporter Mike Tobin said they completely disappeared and allowed the protesters to loot and burn AGAIN!

Shannon Bream: Mike we all saw the extensive press conference today with a number of different authorities including the Major General who oversees the Minnesota National Guard. And everyone talked through what their role was going to be and the fact that they would be out there local time 8 PM curfew… What are you seeing with respect to any National Guard anywhere near to where you are.

Mike Tobin: Ever since about 45 minutes after they gave that warning over that loud speaker we saw them back up to the area of the bridge at… Highway 55. They seemed to form up. The crowds got thick. The smoke got thick and at some point all the National Guard vehicles and all the personnel that I could see were just GONE. So it’s another night of anarchy another night of mob rules the street.