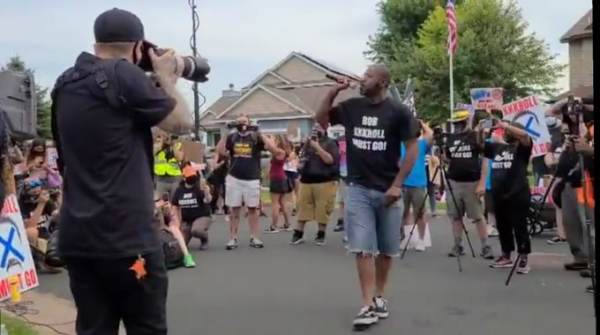 John Thompson, a Black man who was friends with Philando Castile, won the Democratic-Farmer-Labor Party (DFL) nomination for the 67a District (St. Paul) seat for the Minnesota State House on Tuesday. On Saturday Thompson terrorized a group of white children in a residential neighborhood in the Minneapolis suburb of Hugo, using a sound system to scream obscenities at several teenage white girls standing in a nearby driveway watching a Black Lives Matter protest at the home of Minneapolis police union president Bob Kroll. 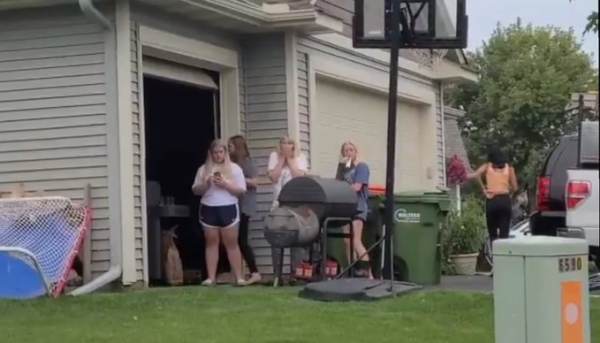 Video of Thompson was posted to Twitter by Alpha News MN:

John Thompson, who recently won his Primary for 67A in St. Paul, goes off and screams at neighborhood children, residents, and neighbors of Police Union Leader Bob Kroll.