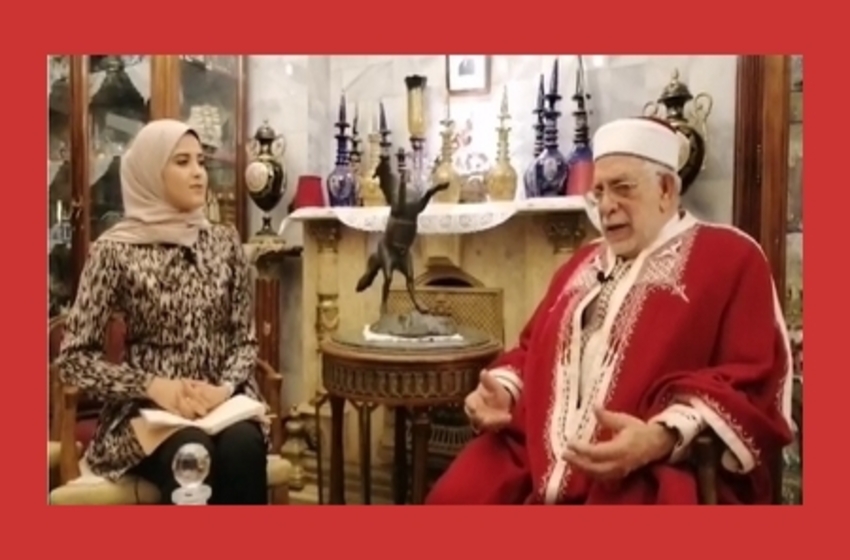 From his base in the United States, Radwan Masmoudi and his Center for the Study of Islam and Democracy work to propagate Islamist ideologies in Tunisia and advocate for the country’s Ennahda party, under the guise of academic objectivity and concern for democratic principles.The links between the Islamist party and its D.C. cheerleader are patent. Masmoudi, the CSID president, writes that he and Ennahda consider the “teachings and values ​​of Islam” to be “necessary to build a prosperous, cohesive and developed society.” In April, CSID organized a public discussion in Tunisia with Ennahda co-founder Abdelfattah Mourou, who for many years, has been a regular guest in Muslim Brotherhood and Hamas circles across the Middle East and Europe.

Despite CSID’s overt Islamist agenda, it has still found willing American partners for its work. In 2018, it teamed up with the International Center for Religion and Diplomacy (ICRD), a multi-faith D.C. group that argues armed conflicts can be resolved by making “religion part of the solution.” The result was a report titled “A New Vision for Countering Violent Extremism in Tunisia.”

Frighteningly, this “new vision,” entails supporting and funding Tunisian Salafis, who, as part of the “religious sector,” will ostensibly provide “positive alternatives to Jihadi-Salafism.”

Salafism is a reactionary interpretation of Islam. Its followers are known for their dogmatic views, rigid intolerance of what they perceive to be kufr (disbelief) and strict obedience to the Quran and Sunnah.

Salafism as a bulwark against Salafism is a bizarre proposal, but particularly in Tunisia, where the Ennahda government’s toleration of Salafi extremism led to increased violence. While Ennahda was in power, from 2011 to 2014, Salafi movements invaded universities, demanding the separation of men and women, threatening professors and administrators, and interrupting classes.

Ennahda ran interference, working to delay any response by officials. When Salafis attacked an art exhibit they considered un-Islamic, wounding 100 people, the Ennahda government arrested the perpetrators, but closed the exhibit. And when Salafis destroyed and shut down Sufi mausoleums, an Ennahda official perversely blamed Sufis for their “passivity” and only said that the state would request the Salafis be more tolerant.

And yet, for the authors of CSID and ICRD’s report, Tunisians are only uncomfortable with the idea of working with Salafi communities because Salafism is unfairly “portrayed in the popular imagination as a source of intolerance and social unrest or a gateway to violent extremism.” Any effort to curtail Salafi proselytizing, the authors claim, would limit freedom of speech and so “undermine the democratization process.” The “stigmatizing” of Salafis could result in “radicaliz[ing] otherwise non-violent Salafis toward more extremist actions.”

To counter violent-extremism effectively while respecting democratic principles, Tunisians are instead expected to “invest in building the knowledge and outreach capacity of official religious actors” and “create space for the religious sector to be independent of the state” in order to increase the sector’s credibility, and build “collaborative, non-combative relationships” with communities, including Salafis “who are willing to oppose violent extremism.” In other words, CSID believes that only Islamism can save Tunisia from violence.

While the report’s authors insist on engaging only with “non-violent” Salafis, they explain that this vision even includes Salafis who “voice certain kinds of support for conflict.” The “doors of dialogue” should even remain open to Islamists “who provide theological justification for ongoing foreign conflicts in Syria, Libya, or elsewhere” as long as they do not pose “an immediate threat to public safety.”

All this is a particularly dangerous set of recommendations for Tunisia. Shortly after the revolution, more than 1,000 mosques were taken over by extremists who encouraged Tunisians to wage jihad abroad. As many as 6,000 Tunisians subsequently joined the Islamic State, while homegrown terrorists committed devastating attacks inside Tunisia, such as the 2015 Sousse beach shooting in which 38 tourists were killed.

Moreover, those who may not be considered an “immediate threat to public safety” can very quickly become one.

The CSID-ICRD report presents AST, which has supported al-Qaida, as an organization regarded by its followers as “solely a charity group.” And yet in 2012, AST organized an annual event at which participants chanted “Jews, Jews, the army of Mohammed has returned,” and “we are all the children of Osama [bin Laden].” One speaker declared that “every Muslim is a jihadist, jihad is an obligation.” The Ennahda-led government at the time initially allowed AST to operate although AST’s leader “organized riots and looting targeting the U.S. embassy and a nearby American school in Tunisia.”

According to the report, AST was “summarily branded a terrorist group” in 2013 after it was involved in the assassinations of two Leftist politicians. In fact, the Ennahda government only designated AST one month after the second assassination, at a time the Islamist party was being blamed for the growth of jihadist groups in the country. Tunisian opposition members have since accused Ennahda party officials of various degrees of involvement in the crimes – at best, inciting political violence, and at worst, complicity in the murders themselves.

Notwithstanding, according to the ICRD report, the “disbandment” of AST left many youth “without a source of social and religious guidance or community.”

In fact, this statement does not accurately reflect the data ICRD and CSID present. An overwhelming majority of CSID’s respondents do support the state’s involvement in “preventing blasphemy or insults to Islam” and “appointing imams and administering mosques.”

But worse than that, the data itself is skewed beyond belief. The selected respondents consisted of “139 religious actors who were identified as fundamentalists” from areas “highly affected by the presence of violent extremism.” While CSID did also conduct “semi-structured interviews” and “focus group discussions” with another 46 respondents, they are described as “conservative religious actors.”

Moderate Tunisia was not consulted.

Nonetheless, ICRD claims to be advancing policy ideas for the good of all Tunisians. Through this report, it “hopes to provide a more nuanced and critical look at the role that religious actors can and should play in [Countering Violent Extremism] policy and programs.” But how can “nuance” solely comprise the opinions of Tunisia’s theocrats?

Relying explicitly on the recommendations of Salafi and “conservative religious actors,” the ICRD report concludes that the Tunisian government should fund and otherwise support Islamism in a country that, for years, has bled profusely under continual Islamist assault.

ICRD has long been willing to work with Islamists. ICRD founder Douglas Johnston has written about running ICRD seminars about shared “religious values” with a “senior-level Taliban commander” at terrorism-linked Pakistani madrassas. This, Johnston writes, led to him meeting with other senior Taliban officials in the mountains of Pakistan to discuss whether they “could build on commonly held religious values” to work toward peace.

It is unsurprising, then, that the CSID-ICRD report is extremely biased in favor of Ennahda. The authors explain that because of the legacy of “conflict between the state and religious actors,” “some secular Tunisians … fear that religious actors will leverage their social influence to advance a theocratic political agenda.” The authors dismiss this, instead lauding Ennahda for having “been very cautious to avoid the appearance of undermining Tunisian secularism.”

In fact, Ennahda officials have never truly downplayed their theocratic aspirations for Tunisia. After Ennahda won the 2011 elections, party founder Rached Ghannouchi told his supporters in a leaked video that “now, we do not have a mosque, we have the Ministry of Religious Affairs … we have the state.” Addressing the “Salafi brothers,” he added, “you have control over the mosques.”

Secular Tunisians are right to worry. Masmoudi, who has advocated for Ennahda in the United States for years, is also working within Tunisia. CSID regularly organizes events in the country, such as a recent lecture with top Ennahda official Abdelfattah Mourou.

Tunisia’s constitution described it as a “civil state” under which the “objectivity” of the individual and “primacy of law” are elevated over the “subjectivity” of ideologues and their dogmas. And yet, from America’s capital, Masmoudi advocates an Islamist Tunisia, in which those who adhere to the proper “values and morals” will “triumph,” while those who dissent would be “considered an enemy” of “Muslim Arab society.”

The authors of the ICRD-CSID report, basing their conclusions on the opinions and research of Salafis and Ennahda supporters, urge Tunisia to adopt policies that will satisfy these Islamists’ aspirations. Despite its overt support of Ennahda, the fact that CSID is trusted to provide these “nuanced” and “critical” findings is particularly dangerous, given CSID’s high-ranking friends in both Tunisian and American political circles. CSID uses its influence to help Tunisia’s Islamists and their proxies in the West conceal their theocracy under the thinnest veil of political centrism and democratic rhetoric. It is essential that Tunisians and American policymakers do not fall for it.

Martha Lee is a research fellow for Islamist Watch, a project of the Middle East Forum