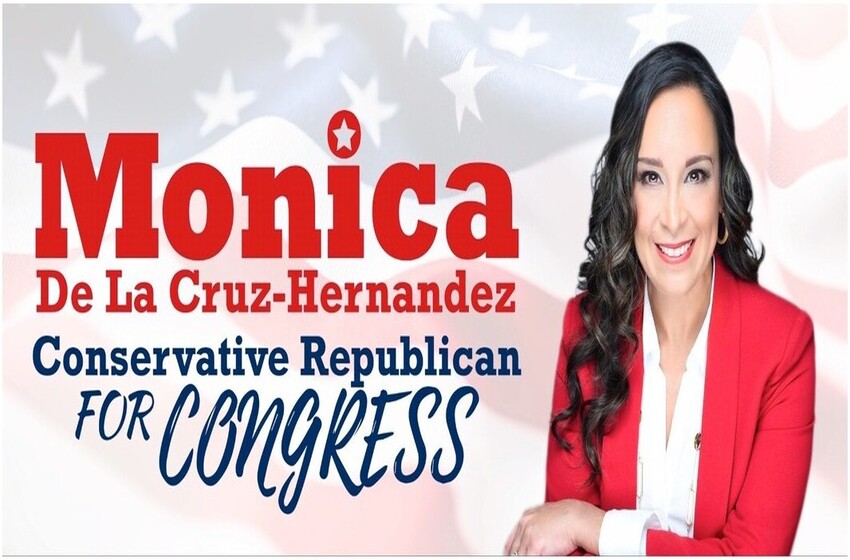 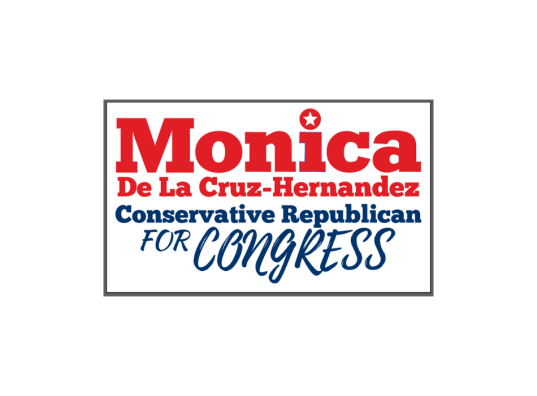 McAllen, Texas—Conservative Republican businesswoman and community leader Monica De La Cruz-Hernandez announced today she’s added conservative U.S. Congressman Mike Conaway’s name to her growing list of endorsements by respected Republican leaders. Conaway, the ranking Republican member on the House Agriculture Committee, and the committee’s former Chairman, is in his eighth-term in Congress. He represents Texas’ 11th District which includes 29 counties and the cities of Midland, Odessa, and San Angelo. He serves as a Deputy Republican Whip, a role he has held in Congress since 2011. He also serves as a senior member of the influential House Armed Services Committee and the Select Committee on Intelligence.

“I’m proud to have the endorsement of Congressman Mike Conaway in my Republican Primary runoff election,” said De La Cruz-Hernandez. “He’s known as the conservative voice of agriculture in Congress. He fights every day for Texas’ and America’s farmers & ranchers and to protect our food supply chains and food safety during this critical time in our nation’s history,” she added.

“I’m pleased to endorse Monica De La Cruz-Hernandez in her race for Congress. She’s the Republican Party’s strongest choice to flip the 15th District from blue to red in November,” said Conaway. “I’m a true conservative. I only give my endorsement to candidates who share my beliefs in the principles of lower taxes, smaller government, and a secure nation. I’m confident that Monica, when she gets to Congress, will be just as I have always been a champion for fiscal responsibility and a leader in the fight to ensure every taxpayer dollar is spent wisely. I know she will defend the sanctity of human life, work to secure our borders, protect American families, defend the 2nd amendment, support our troops, and ensure we always keep America strong and a bastion of freedom and opportunity,” Conaway added.

“I’m honored to have now earned the endorsement of our state’s two highest-ranking and most well-respected agriculture leaders—Congressman Mike Conaway and Commissioner of Agriculture Sid Miller,” said Monica. “They both understand how important agriculture is to Texas and the 15th Congressional District and they know I will fight with everything I have to ensure our agriculture industry, which employs one in every seven Texans, remains strong and vibrant,” she continued.

A native Texan, Congressman Conaway grew up in Odessa and graduated from Odessa Permian High School in 1966 after playing on Permian’s first state championship football team. He earned a Bachelor of Business Administration degree in accounting from Texas A & M University-Commerce in 1970. After serving in the U.S. Army at Fort Hood, he returned to the Permian Basin with Price Waterhouse and settled in Midland, later working with George W. Bush as the chief financial officer for Bush Exploration. He developed a lasting friendship with President Bush as they learned together what it takes to successfully run a business.

Monica was the first-place place finisher in the three-way Republican Primary for the 15th Congressional District held on March 3rd. Due to COVID-19 concerns, the Republican Primary runoff election has been pushed back and will now be held on July 14th with early voting from June 29th through July 10th. The 15th District includes all or part of Brooks, Duval, Guadalupe, Hidalgo, Jim Hogg, Karnes, Live Oak, and Wilson Counties.

Paid for by Monica De La Cruz-Hernandez for Congress