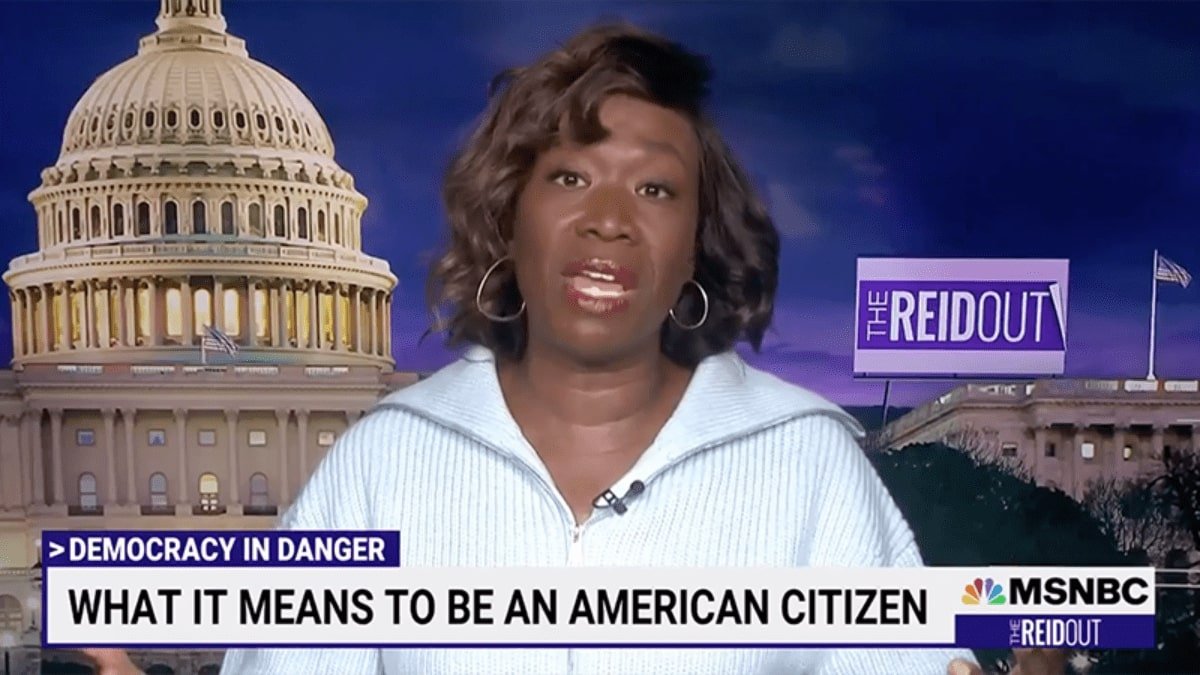 Reid said, “there are white so-called Christian conservatives who feel like this country was built by them for them, and so everyone but them needs to suck it up and let them have their way or else.”

She continued, “their party, the Republicans, have gone from pretending to be the party of personal responsibility to unmasking themselves as the party of selfish people that cannot play well with others.”

She then named Conservatives equated Conservatives to be “special citizens.” Reid bashed anti-maskers, saying they say things like, “‘I don’t want to wear a mask, and if you try to attack me, I’ll attack the low-waged clerks at the store or at the Burger King. I don’t want to get the vaccine either. If people get sick from me, oh well, not my problem.’”

Next, she came after Joe Rogan, who refuses to label himself as a Republican or a Christian. Reid said, “‘Joe Rogan said it’s fine. My kids aren’t going to mask up to protect those other kids. F those other kids, their parents are probably commies anyway.’ Which usually means people who  want rights for other people and who give a damn what happens to them.”

She concluded by saying, “this midterm election year, we’re going to find out which brand of citizenship is stronger, and the answer will tell us whether our democracy is strong enough to survive.”