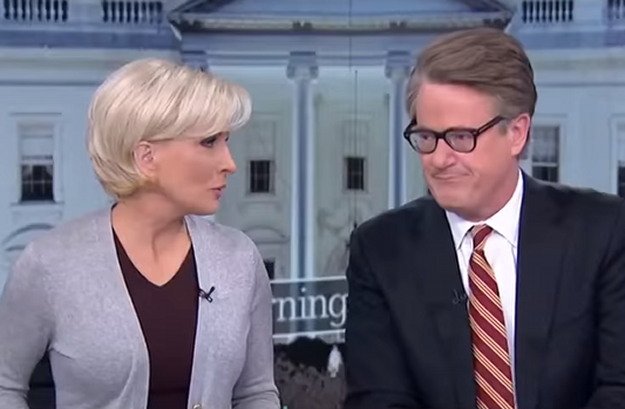 MSNBC’s ratings for May were absolutely terrible.

The far left network got a boost during the Trump years, but now they are falling back to their lackluster stats.

Advertisers are always after the key demographic and MSNBC does not have it.

Their ratings haven’t been this bad since 1999.

MSNBC flops in May: Network had smallest monthly audience since 1999 among viewers coveted by advertisers

MSNBC finished May with its smallest monthly audience among the advertiser-coveted demographic of adults age 25-54 since November 1999, and its lowest-rated month among the demo in primetime since May 2004, as Rachel Maddow’s reduced schedule continues to harm the network.

“Record-low ratings going back to 1999 is almost always a bad sign seeing as how they were then a fledgling network and far less ubiquitous in our bodypolitic,” NewsBusters managing editor Curtis Houck told Fox News Digital about MSNBC, which launched in 1996.

Houck believes that nowadays, liberals have a multiple options when looking to “be spoon-fed their talking points” but MSNBC honchos “need to figure something out unless NBCUniversal is content with perpetually rearranging deck chairs on their version of The Titanic.”

Viewers between ages 25-54, who are considered young enough to change habits and buy new products or services, but old enough to have disposable incomes, are the group that advertisers largely seek to reach with commercials. MSNBC has struggled to attract viewers from this coveted group since President Biden took office, and the progressive network averaged only 70,000 demo viewers during the month of May compared to 229,000 for Fox News Channel.

FOX News is not having this problem, of course.

MSNBC has seen its demo viewership drop sharply in recent weeks and ended May with its lowest monthly day time demo average since November 1999 https://t.co/pjAis4i06e

MSNBC flops in May: Network had smallest monthly audience since 1999 among viewers coveted by advertisershttps://t.co/yr7hM357VY

MSNBC is still trying to be anti-Trump resistance TV but it just isn’t working anymore.

People have moved on.