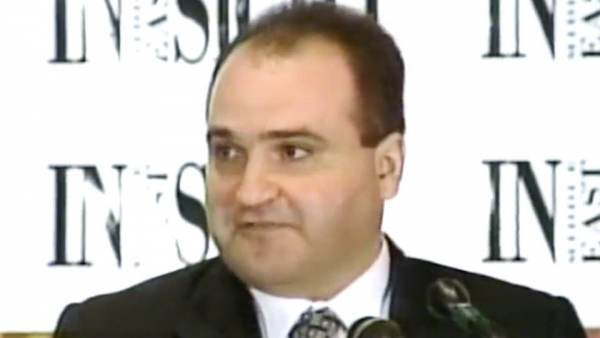 We reported previously that George Nader, a Lebanese-American businessman and one of Mueller’s ‘star witnesses’ was charged in a Virginia federal court in July 2019 with additional child sex crimes.

On Friday, a federal judge in Virginia sentenced Nader, 61, to 10 years in prison — the absolute minimum he could receive for his charges!

According to a 3-count indictment unsealed last year, Nader was charged last July for possessing child pornography and for traveling with a minor to engage in illegal sexual acts.

Nader was accused of transporting a 14-year-old European boy to the United States for sex in the year 2000.

Robert Mueller previously investigated whether George Nader, an advisor to the United Arab Emirates, was influencing U.S. policy, the New York Times reported in March of 2018 — Nader was reportedly interviewed by the Special Counsel’s team twice.

Mueller wanted to interview Nader after he supposedly helped arrange a January 2017 meeting in the Seychelles between Blackwater founder Erik Prince and a Russian official.

Nader fled the country last year and flew to the United Arab Emirates to go into hiding after his decades-old child molestation charges were revealed.

It was also reported that Nader was involved in illegal campaign contributions from foreign entities to the Hillary campaign in 2016 and is facing separate criminal charges related to this scheme.

Mueller used a pedophile as his star witness who was also funneling illegal foreign money to the Hillary campaign but Mueller never decided to investigate this.

Instead, creepy Mueller used a pedophile to implicate President Trump in ‘Russia collusion’ — Knowing that no crime related to collusion exists in US law.