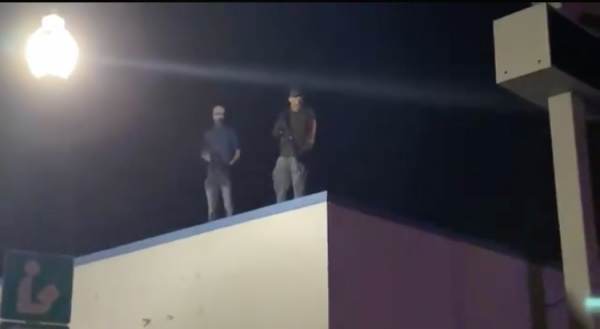 Riots and protests erupted Tuesday evening for the third night in a row in Kenosha following an officer-involved shooting Sunday.

The terrorists destroyed multiple businesses and burned down several buildings over the last two nights so armed patriots decided to move in and defend their property.

Armed patriots showed up on night three and defended their property from the rooftop.

Armed groups have begun protecting the city from rioters

They successful defended the property from the roof pic.twitter.com/zcWJQNnHOr

Multiple men are armed on the roof of one of the car lots that was burned this week.

Multiple armed men are on the roof of one of the car lots that was burned in Kenosha, WI: pic.twitter.com/J0Bw4HFNUL

The armed men told reporters that the business is a friend’s and they’re protecting it from the violent BLM terrorists.

Some have come down from the roof. @ElijahSchaffer spoke to one, who said the business is a friend’s and they’re protecting it.

They also just offered to help anyone injured from the crowd. One said he is an EMT pic.twitter.com/je1OAeOZNl

Rooftop Kenoshans – a play on ‘rooftop Koreans’ who defended their businesses during the 1992 Los Angeles riots by taking positions on rooftops.